No. 1 Worland sprints by Douglas, advances to 3A State semifinals 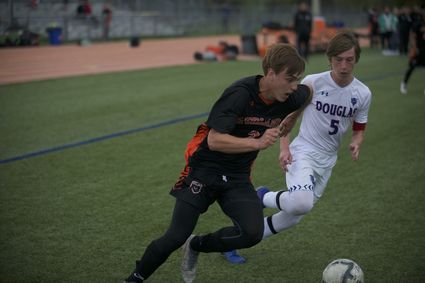 JACKSON - The Worland Warriors opened the 3A State boy soccer tournament in dominating fashion with a 5-0 win over the East No. 4-seed Douglas Beatcats, Thursday night at Jackson High School.

Advancing to the semifinals the Warriors face the Buffalo Bison, the No. 2-seed out of the East.

On the other side of the bracket, the West No. 4-seed Riverton Wolverines upset the East No. 1 Torrington Trailblazers 4-3 in extra time. The Wolverines now face the Powell Panthers, the No. 2 West seed, in the semifinals.

Look to next week's edition of the Northern Wyoming News on May 23 for a full recap of the Warriors run through the state tournament.