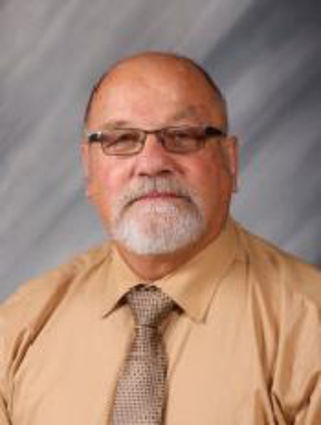 The award was announced Monday, May 27 at the regular board meeting. Riedel was unable to be in attendance due to previously scheduled family obligations.

In announcing the award, Chairman Don Bryant said, "This man is pretty remarkable and has done a heckuva job for Washakie County School District 1. He's old school. He is a man who is first in the building and the last to leave. Someone that I think respects not only students, but parents, teachers, and staff. Every time I ever saw him it was always Hello Mr. Bryant."

Bryant said Riedel has had a "great career as teacher and coach" at the district. "He finished strong and came back to us when we were in need in the district."

Riedel taught in District 1 for 37 years and 42 for his entire career.

WHS Principal Wade Sanford said most of Riedel's career at District 1 was spent at Worland Middle School. He retired five years ago and went to work in the private sector. When the district had a math resignation at semester, Riedel came out of retirement and taught at the high school for the past 4.5 years.

He added that Riedel "Never thought any job was beneath him," whether it was helping clean up after events, helping move things in the school.

"Any job, if it needed to be done, he was willing to do it," Sanford said. "He has a willingness to be part of the team in any capacity that is needed."

Riedel was also one of the most respectful teachers at the high school, Sanford said, being respectful to students, staff and parents, not just how he related and interacted with them, but also in how he addressed them. For students it was always addressing them as Mr. and Miss.

Bryant said, "He is a phenomenal teacher and friend."

Sanford added, "He is what's right about our profession."

The district is still advertising for a replacement for Riedel, with Sanford noting there are more than 15 math openings in schools around the state, at one point this spring there was as high as 22 openings.

The Master Teacher award is an award specifically selected by the board of trustees each year.