Hear Me Out...The crazy, yet entertaining fall of the Lakers 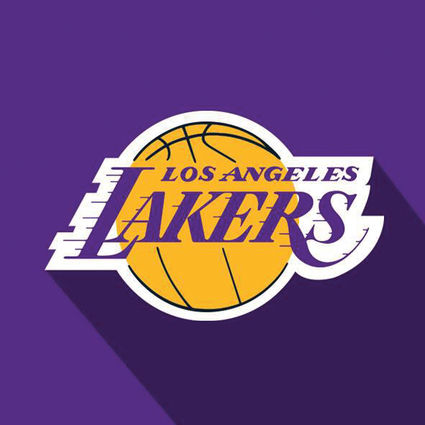 After watching the Golden State Warriors knot the NBA Finals up at 1-1 Sunday, it'd be easy to write another column (I think this will be my 100th or close to it, either I should be able to cash in my punch card) detailing how amazing this team and how they make everything look so easy. I'll resist the temptation this week because, honestly, there's another NBA story I've enjoyed just as much as the Warriors dominance, that story being the implosion of the Los Angeles Lakers.

I try to stay even keel and try to avoid falling into the groupthink when a sensational story drops. But with all of these Laker stories, it's very tough to do so, and it went to another level last week when ESPN's Baxter Holmes wrote a piece detailing just how bad things are in Laker-Land.

Before we move ahead, this column isn't going to be spent bashing the Lakers. I'm not a Laker-hater, actually, the only aspect of the Lakers I dislike are the Kobe-zealots. They're really insufferable and very delusional with all their talk about Kobe being the second greatest player of all-time and other than Jordan, no one has been more clutch. It's all too much.

With that in mind, my biggest takeaway from Holmes' reporting wasn't the rift between former president of basketball of operations Magic Johnson and GM Rob Pelinka or any of the LeBron stuff. It was how owner Jeanie Buss has basically been an absentee owner.

Even though I thought Magic was bad in his front office role, the storyline of him being a jerk I take with a grain of salt. All of the shots taken at Magic felt like disgruntled employees who, rightfully, were upset that Magic didn't put in the hours necessary to successfully do the job and held their fates in his hands. I can see that being a frustrating work environment but to say that Magic was boarding as an abusive boss, I'm not buying. There needs to be something more concrete rather than Magic yelling at a longtime employee because she didn't do her job and there being a lot of employee turnover.

The turnover makes sense because when Magic came aboard the Lakers STUNK, so of course you're going to mix things up. Why would you keep the same exact group intact that went through all that losing?

The lady that Magic yelled at sought therapy and eventually quit, you can make a case that he went too far, but without full context, it's hard to say anything definitively. Was this another mistake in a string of them?

The Pelinka stuff I found very amusing, just a few weeks ago I suggested that the NBA needs its version of Jon Gruden. I, wrongly, thought Rick Pitino was the man for the job. Little did I know, the perfect candidate has been running the Lakers. Pelinka has been the Jon Gruden of the NBA I've been looking for all this time.

I will give Gruden some respect because he's at least had some success in his field. Pelinka, on the other hand, has had no success but he acts as if he's Golden State's president of basketball operations Bob Myers. It's hilarious that he has to keep repeating that he was Kobe Bryant's agent for 18 years as if that's supposed to mean something. Like Kobe's "Mamba mentality" had magically transferred to him.

The story also showed that Pelinka is a compulsive liar. The two big ones were, he lied about Kobe having dinner with Heath Ledger well after Ledger had passed away. Then, he outright lied to then-Lakers coach Luke Walton about GM's sitting in on the coaches meetings. Walton told him that it's not normal for GMs to be a part of those meetings; Pelinka lied by saying that Myers does the same thing in Golden State, forgetting that Walton was an assistant coach for the Warriors. When Walton pointed out Myers never did that when he was with the Warriors, Pelinka lied again and said he does now.

Working for a guy like Pelinka would be undeniably infuriating but from the outside it is funny. How long do you think it'd take before you got him so twisted up in his own lies, that he mentally snaps and from then on he's only able to say "he was Kobe Bryant's agent for 18 years?" Given the rate he spits out lies, I think it'd take less than five minutes.

Even with how bad Magic and Pelinka come off during that story, Buss takes the worst of it. She looks as if she doesn't care what happens to the franchise.

Jeanie Buss has been hyped up as the smartest of the Buss children, even before her father Dr. Jerry Buss (a UW graduate) passed away in 2013. She was also the supposed franchise savior after she took control of the team from her brother, Jim Buss, at the start of 2017. None of that has really shown through during her reign.

She brought on Magic and Pelinka, and while there were some questioning whether those two, with no front office experience, could get the job done, Buss was given the benefit of the doubt. Hindsight being 20/20, neither were great hires and the highlight over the past two seasons has been signing LeBron James, who was dead set on coming to L.A. no matter the situation.

Thinking about it more I can kind of see where Buss is coming from, calling her an absentee owner was too harsh on my part. She's always been one to avoid any negativity or ugly family feuds. After her father passed, there was a lot of support within the franchise and around the NBA to take over the Lakers. Instead, she let her brother try his hand at it before assuming control, avoiding what likely would have been a nasty battle for control of the team.

Buss also doesn't want to be seen as a meddling owner, who picks their people and micromanages them to death. She went with her people and wants them to figure it all out without her having to come save the day. I believe that's the best approach, my only critique is that Buss needs to find better personnel.

Magic is already gone, Pelinka needs to go too and so do Kurt and Linda Rambis. The Rambises' in Holmes' story, was another group within the franchise that have too much power and are bad decision-makers. Kurt Rambis has a long history of being bad at every stop during his NBA coaching and front office career. He's the guy you bring in if you want to tank the franchise and move them elsewhere, á la "Major League." Why he's still in the NBA, is beyond me.

I can't say much about Linda Rambis, one way or the other, but her faith in Pelinka is unnerving and likely speaks to bad decision-making.

Part of me is rooting for Jeanie Buss to turn things around and get the Lakers back to relevancy. The league is always in a better spot when its iconic franchises are contenders. The other part, is wishing this raging dumpster fire is only starting because here is my ultimate dream on where this goes from here.

I want Pelinka for another full season. I want him whiffing in free agency, there's no Kyrie, no Kawhi coming to the Lakers. Instead, he overpays Khris Middleton and DeAndre Jordan and tries to spin it as the moves he always wanted to make. Later in the season, he fires Frank Vogel and promotes Jason Kidd, he trades all his young players for pennies on the dollar, the Lakers limp into the playoffs as the No. 8-seed and are swept. Sadly, Pelinka is fired/forced to resign and he caps his departure speech like so, "In my 18 seasons as Kobe's agent, I never thought my front office career would end like this."

With Pelinka out, naturally, the only person Jeanie can turn to is Kobe Bean Bryant. Kobe-zealots are rioting in the streets that their messiah is back with the Lakers, and even though the Lakers pick in the lottery a record number of times and lose more games than any point in franchise history, Kobe will still be their golden god because facts and empirical data (like Kobe really was never that clutch) are meaningless to the Kobe-zealots.