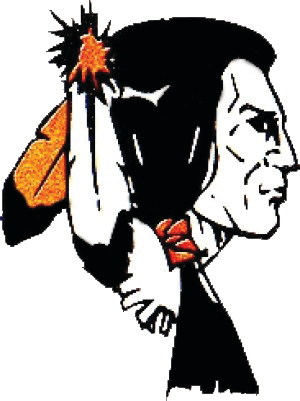 WORLAND - The Worland Warriors cross-country team brought home their fifth-straight 3A East conference title and did so in dominating fashion on Oct. 18 in Douglas.

The Warriors scored 37 points and placed four runners in the top 10, beating second-place Newcastle by 43 points. Junior Marcus Wiley was the first to cross the finish line for Worland coming in third with a time of 17:45.38; junior Gaven McColloch was next, finishing sixth at 18:01.12; junior Boe Nicholas ran an 18:03.99 to finish eighth; freshman Jack Bishop finished ninth with a time of 18:04.59.

For the Lady Warriors, freshman Carly Venable came in eighth with a time of 20:29.58 and junior Lindsey Holiday ran a 20:45.88 to finish ninth.

"It was super awesome," said WHS cross-country coach Tanya Kienlen. "Across the board, boys and girls, our team ran super well. Coach and I were astounded at their effort. It was a tougher course and we had half our team walk away with PRs [personal records]. It just showed their mindset, their growth and everything came into play exactly as it should have."

Added Kienlen about the Warriors 3A East five-peat, "I have to compliment my team. We have 22 boys that were fighting for eight spots. That in itself spoke to the character of our team. We had younger kids pushing and driving for our team to be better because that competition was so high. Olympic athletes are the same way and they're only better because of their opponents that they train with. I feel like our kids know that they're helping our team grow and they're excited to see how things will play out this weekend."

The Lady Warriors finished fourth with 85 points and going into the meet Buffalo was expected to finish first, with Worland and Pine Bluffs battling it out for second and third. But the Rawlins Lady Outlaws had other plans and not only finished second with 48 points but just missed out on beating Buffalo who won it with 46 points.

Nonetheless, Kienlen was thrilled with the Lady Warriors effort, "We knew we were going to be neck and neck with Pine Bluffs but Rawlins blew us out of the water. But our girls adapted and still set PRs and that's still something to be proud of," she said.

The Lady Outlaws were led by standout runner Sydney Thorvaldson. Not that there was much doubt about her talent, the junior showed why she's the third-ranked runner in the nation.

Thorvaldson won the girls race with a time of 17:07.71. Her time was 2:30 better than second-place Piper Perez of Pine Bluffs, and, 15 seconds faster than Cameryn Spence of Douglas, who won the boys varsity race.

"It's just cool to see the hard work and dedication of an athlete that's ranked nationally. She continues to push herself against her own clock and that drive within herself. It's cool to see an athlete in our state perform so well and really stand out," said Kienlen about Thorvaldson.

The Warriors and Lady Warriors will not only have one final workout together as a team before the varsity runners head to Afton but will have one final team builder with a cornhole tournament tonight.

"We'll have one last practice with the whole team, we'll run together and have a cornhole tournament and really embrace the fact that we have made each other better and that we are a family and this journey is a family," said Kienlen.

As for preparing for Saturday's final race of the season, physically and mentally the Worland runners have been readying for this moment all season. Getting the right amount of sleep and eating right have been the emphasis for the team this week along with embracing any weather conditions that show up during the race.

If the weather takes a turn for the worse, Kienlen believes it will give them an extra edge because this season they've been thriving with bad weather.

"They've got to put in their end of the puzzle by getting enough sleep and eating right so that way they'll be at their par for the race," said Kienlen. "We've also discussed this week that we will be ready for any weather. Honestly, that's something we look forward to if it's snowing. We're going to take advantage of that because we know we've conquered that through practice and races. I've told the kids that some teams might have that mentality against such weather but we're looking forward to that and that could give us an edge."

Added Kienlen, "All of the teams are racing on the same course, in the same weather and it's a gut check on who can survive the weather at that time and our kids know that. So if the playing field is even like that just get after it."