By Kristen Czaban
The Sheridan Press Via Wyoming News Exchange 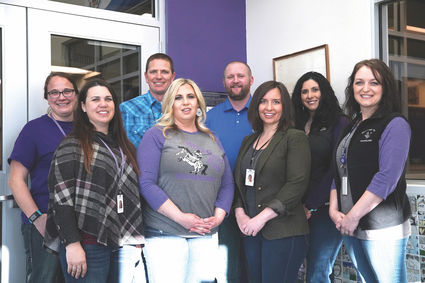 When Kelley arrived at the school, staff held blankets around his daughter to protect her privacy as they performed chest compressions and utilized an automated external defibrillator.

"When you show up at the school and see that - it's the hardest thing any parent would ever have to see," Kelley said.

By the time he got there, his daughter, Emerson, had already received one shock from the AED, and it administered another while he was there.

When emergency responders arrived, they quickly loaded her into the ambulance and transported her to Sheridan Memorial Hospital.

Nobody was quite sure what happened. Some thought Emerson slipped on ice and hit her head, others thought she may have had a seizure.

No matter the cause, physicians knew that if Emerson had any sort of serious condition, the best place for her to receive care was at Children's Hospital Colorado in Aurora.

Thanks to the quick action of the staff at Woodland Park Elementary - particularly of school nurse Noele Mena - Emerson will have the chance to play nearly any sport she desires over her lifetime.

In Denver, doctors have diagnosed Emerson with congenital long QT, which according to the Mayo Clinic, is "a heart rhythm condition that can cause fast, chaotic heartbeats" that may trigger fainting spells, seizures or sudden death.

On Thursday, Emerson underwent surgery to receive an internal defibrillator and pacemaker.

According to Kelley, though, the outcome could have been much worse.

"Doctors here and in Sheridan have said this is a save of a lifetime," Kelley said over the phone from the hospital in Denver. "They saved her the chance to have a normal life."

Because Mena and the team at Woodland Park Elementary acted quickly, they helped ensure Emerson did not suffer brain damage or other long-term impairments.

Lynn Grady, the intensive care unit and emergency department manager at SMH, said if an AED is used on an individual with a shockable rhythm within 2 minutes of a cardiac incident, that time frame provides the best chance for recovery.

"That's why it's so important to have these AEDs on hand," Grady said.

Woodland Park Elementary Principal Alison Vold noted that staff members at Sheridan County School District 2 train on how to use AEDs regularly, as well learn other basic certifications like CPR.

"As nurses, we're impressed with the clear thinking in the moment," SHM emergency department nurse Sonja Harrower said. "We deal with situations like that regularly, but in a much more controlled environment than an entrance of an elementary school."

If his daughter had to go through this anywhere, though, Kelley said he's thankful it was at the entrance of the school where so many staff - willing and trained to help - could save his daughter.

He recalled that the family had been skiing just the weekend before, and had Emerson gone down in the mountains, the outcome likely would have been much different. 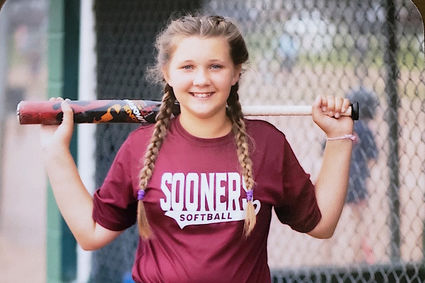 Emerson Kelley collapsed while walking into school Feb. 24, 2020. She was later flown to Colorado, where doctors diagnosed her with congenital long QT, which according to the Mayo Clinic, is "a heart rhythm condition that can cause fast, chaotic heartbeats" that may trigger fainting spells, seizures or sudden death.

But, as it stands, Emerson will continue to play volleyball and softball for years to come, after a short break to recover from her surgery.

In the meantime, she has already spent time in the hospital talking to friends and classmates via Facetime and laughing and joking with nurses.

"She'll get to be a kid," Kelley said. "That was one of the hardest conversations we've had to have with the doctors. Sports are important to her. We're so grateful."

The Kelley family expects to drive home from Denver in the next few days where Emerson will rest up in preparation for the next sports season.

In the meantime, Kelley and his wife, Lindsay, expressed their deepest thanks to the staff at Woodland Park Elementary, particularly Mena.

On Monday, after Emerson and her mother, Lindsay Kelley, were in the plane on the way to Denver, Shawn Kelley stopped at the school to say thank you, shed a few tears and thank them some more.

It's likely, though, that the Kelleys may never feel they've said thank you enough.