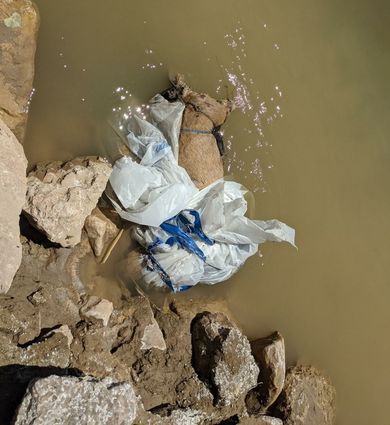 CODY- The Wyoming Game and Fish Department is seeking information on a buck mule deer that was illegally shot and left to waste near Worland.

Worland Game Warden Matt Lentsch began an investigation after receiving a report earlier this week about a headless deer found by anglers on the Bighorn River near the bridge over Fifteen Mile Creek southwest of Worland. Upon investigation, Lentsch found a deer carcass with the head removed that had been illegally shot, most likely over the Fourth of July weekend. The carcass, which was likely dumped from the bridge, was field dressed and partially wrapped in plastic.

Anyone with possible information regarding this incident, or who was in the area and may have noted suspicious vehicles or activities, is encouraged to call Worland Game Warden Matt Lentsch at 307-347-3650, the Cody Game and Fish office at 307-527-7125 or the Stop Poaching Hotline at 1-877-WGFD-TIP (1-877-943-3847). Callers may remain anonymous and any information leading to the arrest and conviction may result in a reward of up to $5,000.