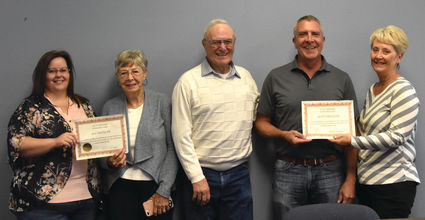 The mayor said several months ago he became aware of a national group "Going the Extra Mile" recognizing special people in community's around the country.

"I looked at the criteria, which included those who have made a difference with your city gove...