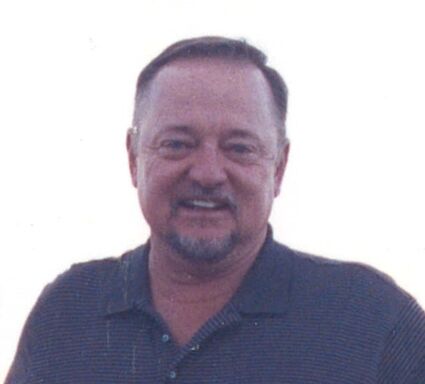 Thomas M. McDonald passed away on November 13, 2021, at Washakie Medical Center after a lengthy illness with his family at his side.

Tom was born July 28, 1945, in Denver Colorado to James A. and Sally (Glanz) McDonald. He lived with his family in Wheatland until relocating to Worland in 1954. He attended school in Worland through the ninth grade before moving to Riverton with his family. After graduation from Riverton High School in 1963, he moved back to Worland with his family.

After attending Casper College and the University of Denver, Tom enlisted in the Marine Corps. He served two tours in Vietnam with USMC Force Recon and was decorated for his service. He received a two-tour early release approval in 1968 and was honorably discharged in 1972.

After his discharge he returned to Worland and began his career at Pacific Power & Light. Over the years he held a variety of management and supervisory positions at PP&L and subsidiaries including NERCO, Bridger Coal Company, and Glenrock Coal Company. Tom took early retirement in April 1999 after 28 years of service. Tom found early retirement boring, so, taking advantage of his extensive knowledge and experience in Wyoming mining, he applied for a position as a Wyoming Deputy State Mine Inspector, fortuitously located in Worland. Thirteen years later, in October 2012, he retired again and permanently. He very much enjoyed the Mine Inspector position, helping mine operators and contractors to understand and enforce the health and safety rules, as well as Federal and State mining regulations and laws.

Tom was preceded in death by his parents, James A. and Sally McDonald, brothers Frankie McDonald, Marshall McDonald and James H. (Harvey) McDonald, and sister Sally Ann Beauvais all of Worland.

Tom is survived by the love of his life, Laura, his wife of 40 years. He is also survived by one brother Burt (Carolyn) McDonald of La Crosse, WI; one daughter, Michelle Greene (Joe) of Preston, ID; two sons, Thomas (Tom 2) McDonald (Leah) of Waconia, MN, and Michael McDonald of Worland, as well as grandchildren Elizabeth, Tanner, Tate, Tyson, Laney and great-granddaughter Jourdyn. As it should be, he loved his wife and family above all else – always. He would talk about them with great pride with anyone at any time.

Cremation has taken place and a family graveside service will be held in the summer of 2022. Online condolences may be made at http://www.bryantfuneralhomeonline.com