I may be "Bias": This land is their land: Who's celebrating what this Thanksgiving? 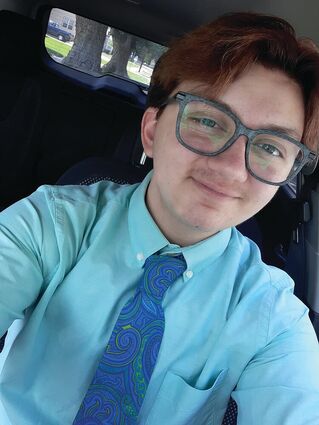 For as far back as I can remember while growing up, every year my family would watch the Charlie Brown holiday specials that aired on ABC. Watching The Peanuts was one of the rare instances we could all stand to be in the same room together for more than 10 minutes.

The special that always stuck with me, however was the episode of "This is America, Charlie Brown: The Mayflower Voyagers."

In this episode, the Peanuts gang boards the Mayflower in 1620 and is on their way to America. The ship, of course, faces multiple hardships, the biggest being a storm that rips the sails. Despite this, they eventually land in America where they meet the Native Americans, Samoset and Squanto, who "miraculously" speak English. The natives then teach the Peanuts, as well as the rest of the pilgrims, how to live off the land which eventually leads to the first Thanksgiving and a 50-year peace treaty.

Now, this is pretty much what they teach us in school, as well. Granted, that's the same school that, in first grade, had us make Native American war bonnets to wear, complete with feathers sticking out the back.

We grow up being taught that we came to America and had a peaceful exchange with the natives who lived here. They taught us what corn meant in their language, we had a feast with a cornucopia and that was that.

What schools hide is the darker parts of this story. Heck, even family-friendly Disney's "Pocahontas" is more accurate than this is.

This year marks 400 years from the original Thanksgiving celebration, though Thanksgiving itself wouldn't pick up as a holiday until 1863 when Abraham Lincoln proclaimed it as such.

According to History.com, the Mayflower left Plymouth, England in September of 1620. On it, it carried 102 passengers – an assortment of religious separatists seeking a new home where they could freely practice their faith and other individuals who were lured by the promise of prosperity and land ownership in the "New World."

After a treacherous crossing that lasted roughly 100 days, the Mayflower docked in what is now Massachusetts.

Their first winter was extremely brutal. Most of the colonists remained on board the ship, where they suffered from exposure, scurvy and outbreaks of contagious disease. Only half of the Mayflower's original crew survived until spring. In March, when the remaining settlers finally moved ashore, they received an astonishing visit from a member of the Abenaki tribe who greeted them in English.

Several days later, the tribe member returned with another Native American, Squanto, a member of the Pawtuxet tribe who had been kidnapped by an English sea captain and sold into slavery before escaping to London and returning to his homeland on an exploratory expedition. Squanto was chill enough to teach them about cultivating corn, extracting sap from maple trees, catching fish in rivers and avoiding poisonous plants. He also helped the settlers forage an alliance with the Wampanoag, a local tribe, which would endure for more than 50 years. We'll get to this in a minute.

Fast forward to November 1621, the Pilgrims' first harvest is successful. They decide to hold a celebratory feast and invited a group of fledgling colony's Native American allies, including the Wampanoag Chief Massasoit. This festival lasted three days. Happy ending, right? After all, this is where the story ended in school.

Let's get back to that alliance.

For 50 years, the alliance was tested by colonial land expansion, the spread of disease and the exploitation of resources on Wampanoag land. Eventually tensions ignited into war. King Philip's War (also known as the First Indian War, the Great Narragansett War or Metacom's Rebellion) took place in New England from 1675 to 1676. It was the Native American's last-ditch effort to avoid recognizing English authority and stop English settlement on their native lands.

The myth they teach us in school leads us to believe that friendly "Indians," unidentified by tribe, welcome the Pilgrims to America, teach them how to live in this new place, sit down to dinner with them and disappear. They hand off America to white people so they can create a great nation dedicated to liberty, opportunity and Christianity for the rest of the world to profit. That's literally the whole story – Native people conceding to colonialism. It's bloodless and in many ways an extension of the ideology of Manifest Destiny.

The war is considered the bloodiest war per capita in United States history. It left several hundred colonists dead and dozens of English settlements destroyed or heavily damaged.

Thousands of Native Americans were killed, wounded or captured and sold into slavery or indentured servitude. The war decimated the Narragansett, Wampanoag and many smaller tribes and basically ended the natives' resistance in southern New England, paving the way for additional English settlements.

Now, please, don't take this the wrong way. I'm not saying this as some liberal propaganda that we shouldn't be celebrating Thanksgiving. In a certain light, I think it's a fine holiday, but the history behind it should be recognized. Thanksgiving is a time to be used to celebrate family and friends, and to be thankful for what you have – now more than ever.

As you gather around the table this year, hopefully you'll think to how some people mourn this day rather than celebrate it. How, while you might have gained plenty through colonization, others lost everything.