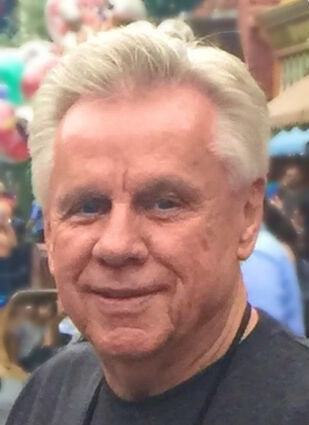 After years of love and adventures, Randy Kindel, 73, of Phoenix, Az. passed away March 4, 2022, after a courageous fight against cancer. Randy slipped away peacefully at home surrounded by family, knowing he was loved and cherished. He did that with the same grace and integrity as he lived life, never complaining and always, ALWAYS finding something to be thankful for.

Randy was born in Powell WY on August 17, 1948, to Harry and Ramona Kindel. They moved to Worland WY. where Randy was raised along with his sister Sherry and brother Rodney. Eighteen wonderful "life in Worland" years of hunting, fishing, and camping with family and friends were the best. On August 18, 1967, Randy married his high school sweetheart Judi Song and they moved to Billings. Randy graduated from Eastern MT College and started his career managing a retail store in the, at that time, newly built Southgate Mall in Missoula MT. They raised their daughters, Kim and Heather, and those were truly the happiest and fun-filled years. After all the high school and college graduations, marriages, etc. of their daughters, Randy and Judi headed for warmer weather. Phoenix AZ was that place and it afforded them wonderful business and personal opportunities the last thirty years.

Randy was a Harley enthusiast and he and Judi put thousands of miles on the bike or should say bikes...he had three of them! Whether short rides or long trips, they loved going anywhere as long as they were together. Some of their best memories are of the summers at their home in Polson, and Flathead Lake with everyone together for BBQ's, boat rides and lazy dock days.

One of Randy's greatest joys was being "Papa Randy" to his five grandchildren;

Peyton (22), Jett (20), Bode (18), Finley (17) and Krew (14). Papa Randy would travel anywhere to see a game, a cheer competition, a graduation, or event. He was hands-on and had a special connection with each one of them. Randy loved to fish and enjoyed sharing that gift with them. When the fish weren't biting, he was busy untangling lines, baiting hooks or helping them reel in "the big one". No matter the activity, in true Randy style, he was always patient and kind. We hope the fishing is abundant for you now, Dad!

Above anything, Randy treasured his family and the thought of not having him here is hard to imagine. He leaves behind his wife of almost 55 years, Judi (Song), daughters Kim (Brad) Seim of Salt Lake City UT and Heather (Drew) Kliber of Scottsdale AZ. He referred to Judi and the girls as his "3 in a million" and felt he had two of the best sons-in-law a father could ask for. He will miss his always caring sister Sherry Kindel of Columbus OH, his sisters-in-law Wendy Kindel of Casper WY, Sonja Song of Appleton, WI, and brother-in-law Doug (Dana) Song of Roundup MT. A special remembrance also for extended family and lifelong friends.

Randy was preceded in death by his parents, Harry and Ramona Kindel, his brother Rodney Kindel, his mother-in-law Irene Song and father-in-law Foster Song. Cremation has taken place with final placement at Sunset Memorial Cemetery, in Missoula. A small family celebration of life will be held this summer at Flathead Lake.