Rediscovering a super power: Worland Monarchs exhibit is on display at Washakie Museum until Aug. 31 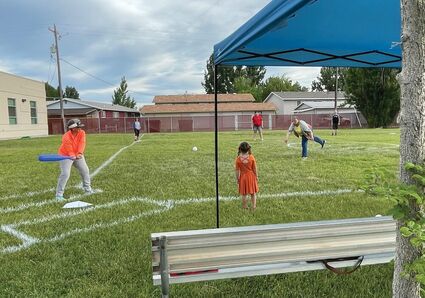 Monarch Sylvia (Sweiger) Metzger pitches to Monarch Jacque Pike during the grand opening of the exhibit at the Washakie Museum in Worland on June 10.

WORLAND - On display until Aug. 31 at the Washakie Museum, the Pitch Perfect: The Worland Monarchs exhibit highlights one of the most dominant teams in the history of Wyoming women's fastpitch softball.

At the peak of their powers, the Worland Monarchs won six consecutive state championships, won 63 straight games and went 245-58 from 1970-1977.

Not many in Worland may know the Monarchs' tale,...