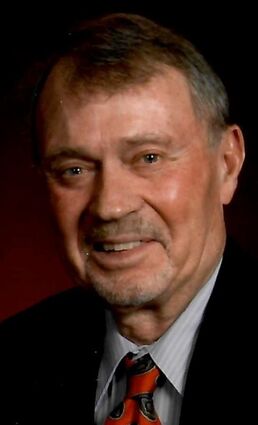 J. Terry Iversen, 83, passed away in the comfort of his home on Monday, September 12th, with his loving family by his side. Preceding him in death were his parents John and Josephine Iversen and his younger sister, Judy Bethel.

Terry was born April 5, 1939, in Worland, WY to Josephine and James Brown. During WWII, Josephine and her children (Terry and his younger twin siblings Jack and Judy) lived with their maternal grandmother, Daisy B. Snyder, on the Fairview Dairy farm outside Worland. After Josephine and James divorced, Josephine built a new home for the family in Worland. During its construction, she met a handsome, hardworking builder and war veteran, John Iversen. Josephine and John fell in love and married. A short time later they all moved into their new home. John Iversen soon adopted the three children.

In 1967, Terry accepted a teaching/staff position at the University of Illinois, Urbana-Champaign, where he remained until retiring in 2000.

At the University of Illinois, he was well-known for the annual two-day World Affairs Conferences that he and his staff conducted for Illinois communities from Chicago to Springfield, with the longest-running ones in Peoria and the Quad-Cities (30 years each).

When he retired from the University of Illinois, he held the following titles: Head, Continuing Education in International Affairs; Director, Summer Session & Special Programs; and Assistant Director, Office of Continuing Education. When young Jennifer and Derek saw these listings on his business card, they commented "Wow, Dad! You are really important!" To which Terry responded, "Not so. Really important people have one-word titles – King, Queen, President, Chancellor." (Jennifer and Derek would like to reiterate that their father was, indeed, really important.)

As a longtime member of the CU Kiwanis Club and "Coffee Swillers" (a men's coffee group), Terry enjoyed the fellowship of good friends in both groups. He was also an avid Illini sports fan, and always cheered on the Chicago Cubs.

Family was always important. Each summer, Terry, Judy, and their children would visit Iversen family in Wyoming and Bingeman family in Winnipeg, Manitoba, Canada. The family always treasured time spent at the Iversen cabin in Wyoming's Big Horn Mountains and at the Bingeman family cottage at Victoria Beach, Manitoba.

A truly memorable family event occurred in March 2019 when Judy & Terry's "kids" hosted an "80-70-40" dinner event at the Allerton Mansion to celebrate Terry's 80th birthday, Judy's 70th birthday, and their 40th wedding anniversary, all occurring in 2019.

Terry never missed an opportunity to tell his loved ones that he was proud of them, that he loved them, and that they were "SO SPECIAL!" He exuded gratitude for everything wonderful in his life. He taught those around him how to turn obstacles and "speed bumps" into learning opportunities, with words of wisdom and hugs when necessary. Terry was a great listener. He practiced what he preached. Even in his old(er) age, he remained open-minded and welcomed new opportunities to grow and learn.

Terry had a fantastic sense of humor. His belly-laugh could shake the walls (but his sneezes were even louder!). He was a good neighbor, a loyal friend, a loving husband, and the best father imaginable. Everyone should be fortunate to know someone like Terry. His friends and family are thankful to have known him, and he will be dearly, dearly missed. Most of all, he will be remembered for his kindness, which left a lasting impression on every person he met. His family and friends will honor Terry every day through the warmth and kindness that they show to others.

Memorial services will be at 3 p.m., Saturday, October 22, 2022 at Morgan Memorial Home, 1304 Regency Dr. West, Savoy. A visitation will precede the service from 1 to 3 p.m. at the funeral home. The service will be live streamed with a link provided later listed on the funeral homes website.

Condolences may be offered at morganmemorialhome.com.