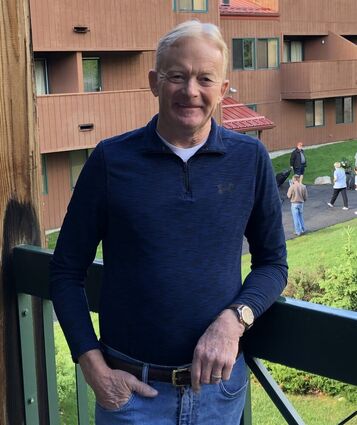 Michael Wirtzberger age 70, passed away on September 19, 2022, in Lehi Utah, after a battle with cancer. Mike was born June 14, 1952 in Glasgow, Montana, the son of Daniel Lewis and Marlys Elaine (Chinander) Wirtzberger.

Mike graduated from Greybull High School, Class of 1970. After graduation, Mike attended the Naval Training Center in San Diego, California. He married his high school sweetheart, Barbara Ann (Reilly) Wirtzberger on July 7, 1972, in the Provo, Utah Temple for all eternity.

Barb and Mike spent their first few years of marriage in the Philippines and California while Mike served in the U.S. Navy. He served his country as a Radioman-Petty Officer Third Class on the ship The USS Chicago during the Vietnam War. After his time in the Navy, he began work with Wyo Ben Inc as a packer in 1975. Mike worked his way up in Wyo Ben to the position of quality assurance lab manager. While he was with Wyo Ben, he helped create new procedures and products that became a main staple for the company. Mike retired from Wyo Ben in February 2022.

Mike and Barb had three children: Darcy, Codi and Tyson. Mike was a true outdoorsman; he loved to hike, hunt and fish. There was not a creek, stream, lake or river that he could not conquer. His favorite place to fish was in the Big Horn Mountains, especially on Shell Creek. He was always willing to share his knowledge in all the things he loved, like fishing, basketball, bowling and bentonite. To his children and grandchildren, he was their biggest fan; he made an effort to be at as many activities as he could. To the community, Mike was always willing to give of his time and knowledge and love. He showed, by his actions, how service was done. He served on the Big Horn County 3 School Board and served in many positions for the Church of Jesus Christ of Latter-day Saints.

In addition to his parents, he was predeceased by his wife Barbara Wirtzberger, and niece, Holly VanGrinsven.

Funeral services will be held 10:00 AM, October 1, 2022, with a viewing from 9-9:45 AM, at the Greybull/Basin Church of Jesus Christ of Latter-day Saints. Graveside service will follow at the Donald J. Ruhl Memorial Cemetery in Greybull, Wyoming. Online condolences may be made at http://www.bryantfuneralhome