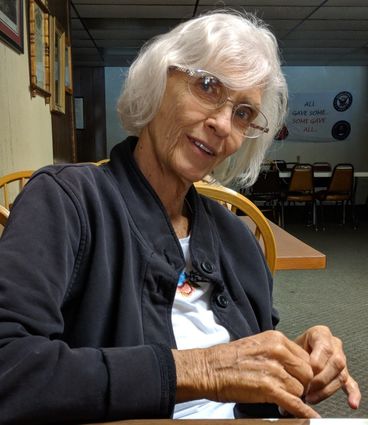 Delmar Taylor lost his battle with cancer Sunday morning January 20 at his home in Basin, Wyoming. He was born February 2, 1938 in a small house less than a quarter mile from where he lived most of his life. His parents were Odus and Ethel Taylor. He was youngest of three boys Clifton, Lenard, and Delmar.

In 1971 Bob Walton offered Delmar a job with Big Horn Redi-Mix. Delmer worked at Redi-Mix until he retired in 2010.

On January 12 1973 Delmar and Bernadine Watts Wiberg were married. They celebrated their 46 anniversary a week before his passing. They had four children. Carl, Kitten (Viola), Diane, and Thomas. Their children's friends spend many hours at the Taylor home developing livelong bonds and friendships. These childhood friends still stop by to say "Hi".

Delmar's experiences at Redi-Mix were many. He drove mixer truck and was one of the few operators that could run every piece of equipment there. For many years he was in charge of the shop and maintenance at the Greybull location. He is probably most remembered for the hundreds of miles of concrete lined irrigation ditches that he was responsible for installing throughout the Big Horn Basin. He was also an excellent welder and fabricator.

He is preceded in death by his parents, his brothers Lenard and Clifton. He is survived by his wife Bernadine and their four children, nine grandchildren and one great granddaughter. They are Carl and his wife Gina their three children Kiara, Delmar, Caleb, and their granddaughter Astra. Kitten and her two daughters Sabrina and Eva. Diane and her husband Ben, step daughter Ashley, step son Ryan and sons Carl and Marshall. Son Thomas and his two dogs. Also many nieces and nephews that always loved spending time with their uncle Delmar.

In lieu of flowers donations may be made to Save the Basin Gym in Delmar's name.