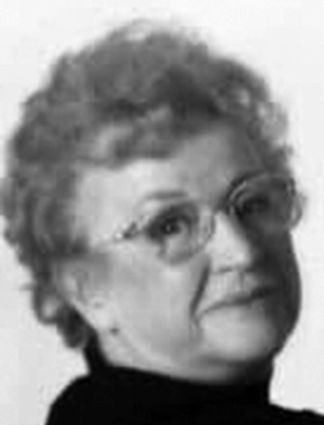 EvyAnn Wiese, age 85, passed on to her next journey on Saturday February 2, 2019 at the Rehabilitation and Wellness Center, a nursing home facility in Thermopolis Wyoming. She was finally set free from her long battle from dementia and pain. She was a longtime resident here in Worland Wyoming. From her birth, in Sweden, in October of 1933 to her passing on Saturday, she inspired people around her with her art and her independent spirit. EvyAnn truly loved life and she was able to notice things that others did not see. She could see that spring had arrived by observing the buds on a tree reaching for the light. Such was the vision of a true artist. EvyAnn expressed that vision through the language of color and form. She traveled to the US in 1955 and that is where she met and married Jack D. Wiese soon after in 1956. Jack worked for the Federal Government, which meant many moves throughout the state of Wyoming. EvyAnn shared her love and knowledge of art everywhere she went and taught many others through classes and workshops. She was also named "Artist in Residence" at NWC in Powell Wyoming in the 1970s. Jack and EvyAnn had two daughters, DeeAnn and Linnea, her three grandsons, Douglas, Dustin, and Jacob as well as her three great-grandchildren, and they were lights in her life. She was an inspiration for each of them. Cremation has taken place, which allows the family time to grieve before a memorial is set.