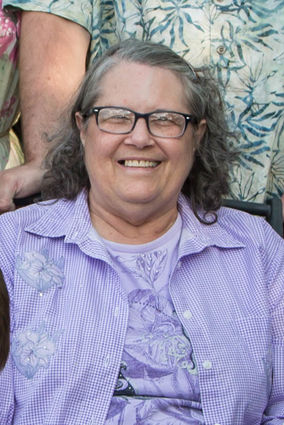 Francine was born on October 6, 1949 in Thermopolis, Wyoming, the only daughter of five children born to John Francis and Helen Gertrude (Todd) Austin. She was surrounded by brothers. Growing up she had her dad’s eye and knew that whatever she said was the rule. She was the boss and the boys didn’t question that, but she was also their buddy. She grew up in Worland, but spent many summers in the Big Horn Mountains. Camping and fishing were highlights of her childhood. She learned to hunt while spending time on the Rankine Ranch on the Gooseberry. She played softball for Worland, both the girls and women’s teams. Following her graduation from Worland High School in 1968, Francine attended Casper College where she earned her Associates Degree in Bookkeeping.

Francine spent some time on each coast of the United States, but chose to return to her roots in Wyoming. When she settled back in Worland she parked her mobile home on her parents’ property on South Flat. Thanks to her brother and Lanny’s cousin, she and Lanny Fritz were introduced over a card game. They each liked what they saw and a short while later they were married on her parent’s home on October 28, 1978. In the spring of ’79 they moved the mobile home onto the Fritz farm and it became their forever home.

She worked at 1st National Bank as a bookkeeper, then later for Roger Runge, Evan Morrison and most recently, Joy Osbon. She was a faithful and valued employee. Francine was from the era when everyone got along and everyone was a friend. She was an incredibly strong lady with a big heart. She always gave 110%, she knew what she wanted and gave it her all, right up to the day she passed. She enjoyed gardening, even when the ground was stingy with its yield. She also loved flowers, sewing, quilting, making and collecting dolls, and baking for her boys. She enjoyed going for walks and finding rocks, seeing a pretty or unusual rock she would collect them to put in her garden. She was a long-time member of the United Methodist Church and UMW. She was also a member of the Manderson Homemaker’s Club.

She was preceded in death by her parents, and one grandchild.