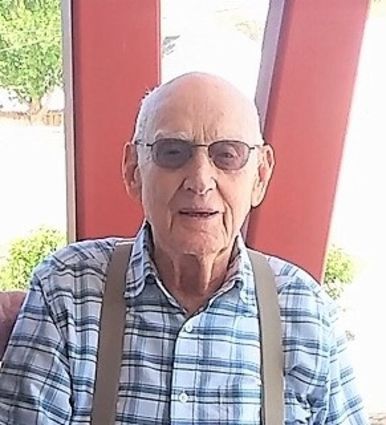 Neil S. Wetherbee passed on June 24, 2019 after a short battle from a heart attack.

Neil was born in Ashton, Idaho on June 4, 1925 to Lester and Fern Wetherbee. Neil graduated in 1942 from Powell High School. After graduation Neil joined the Navy and served in the South Pacific in WWII. Upon being discharged Neil began a 34 year career with Mountain States Telephone and Telegraph. Neil's first job was on a line crew constructing long distance lines across the state of Wyoming. Over the next 34 years Neil relocated to Casper, Sheridan, Lander, Cody, Worland and Cheyenne performing multiple assignments. In 1980 Neil retired, rising to a second level manager in the state office in Cheyenne. While living in Worland Neil was an active member of the Kiwanis Club and was the secretary for many years. After retirement Neil moved to Green Valley, Arizona and traveled extensively across the United States. Neil then moved to Loveland, Colorado and finally to Worland to be closer to family.

Neil was a very talented woodworker/cabinet maker and stain glass artist. In his younger years he enjoyed taking his sons hunting and fishing. He also enjoyed elk hunting in the Bighorns with his coworkers. Neil was an honest man, hard worker, good husband, father and grandfather. He will be greatly missed.