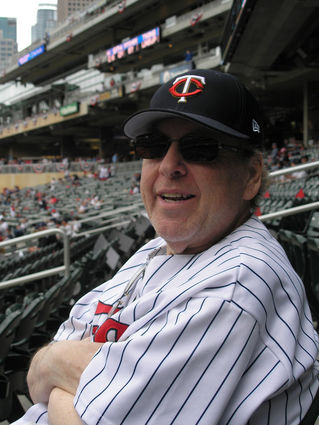 Drew was born on September 22, 1957, in Estevan, Saskatchewan, Canada, to Richard and Edna Marie (Kohen) Dacus. He graduated from KWHS in Casper, WY in 1975 and attended Oklahoma Christian University. Drew and Jody met at Wyoming Bible Camp in August of 1985. He went home from camp and told everyone he met the girl he was going to marry! Jody moved to Casper a few weeks later and they have been together ever since being married on June 7, 1986. After 32 years with Safeway, Drew retired in 2007 as a store mgr. After a few years of retirement, the grocery business came calling again and he was hired on with Lynn's Dakotamart in July of 2014 as the store manager in Custer, SD.

Drew was an avid fan of the Minnesota Twins and Minnesota Vikings. Drew was a committed father, devoted husband and family time was of the utmost importance to him. The family has many fond memories of enjoying countless vacations together seeing our Country. Drew was a song leader and member of the Church of Christ and his passion was to Glorify God in all of his actions. Nothing brought more joy to Drew's heart than watching his children grow into hard working adults who loved God.

Arrangements have been placed in the care of Chamberlain McColley's Funeral Home in Custer.