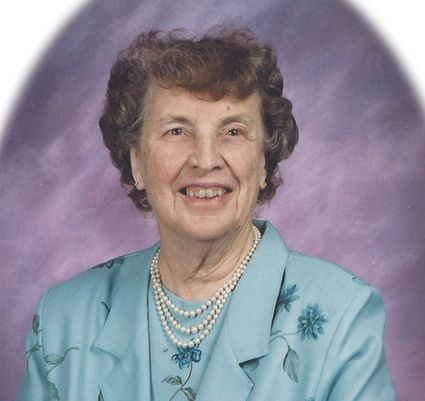 Long time resident and business woman, Ruth Clare Yonkee Johnson, 97, peacefully passed away Sunday, September 22, at Thermopolis Rehabilitation and Care Center where she had resided the past 3 years.

Born June 20, 1922 in Thermopolis, she was the daughter of Otto and Clare (Armstrong) Menger. She later became step daughter to Clifford W. Axtell. After graduating as Valedictorian from Hot Springs County High School in 1940, she studied briefly at Mills College in California and the University of Wyoming. She worked and studied in the Law Office of Axtell and Yonkee, before taking the Bar exam and being admitted to the State Bar in 1953. Ruth Clare was an attorney serving the community for 53 years. She was married to Lyman Brooks Yonkee in 1943. They had 3 children. After their divorce, she married Jamison T. Johnson in 1993 who opened a new door to the world for her.

A community-minded woman, she helped establish Legend Rock Petroglyph Site on the National Register of Historic Places, served on the Community Federated Church Board and was Superintendent of Sunday School for 25 years, member of the Wyoming, Hot Springs County, Fifth Judicial District and American Bar Associations, member/officer of Daughters of the American Revolution, president and secretary of the Thermopolis Woman's Club, governor of the Society of Mayflower Descendants for four years, director and secretary for the Glade Edwards Foundation, was involved in the Gift of the Waters Pageant Corporation, to name just a few of her accomplishments and memberships. Ruth Clare enjoyed rock hunting, traveling, photography, and being with her family.

Mortimore Funeral Home assisted the family, and messages may be offered at http://www.mortfh.com.