Cause under investigation for house fire 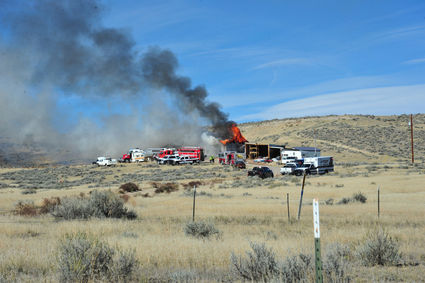 Worland and Thermopolis fire departments responded to a structure fire at 2569 U.S. 20 South of Worland. The 1,900-square foot home, according to the Washakie County Assessor's map, is owned by Ryan T. Allen of Worland. No one was injured and the cause was still under investigation at press time.

WORLAND - The cause of a house fire south of Worland is still under investigation, according Worland Fire Chief Chris Kocher.

Kocher said Worland and Thermopolis fire departments were dispatched to a fire at 2569 U.S. Highway 20 south of Worland at about 12:30 p.m. Monday. He said the 911 call from a passerby originally went to Hot Springs County who dispatched Thermopolis Fire and rerouted the...