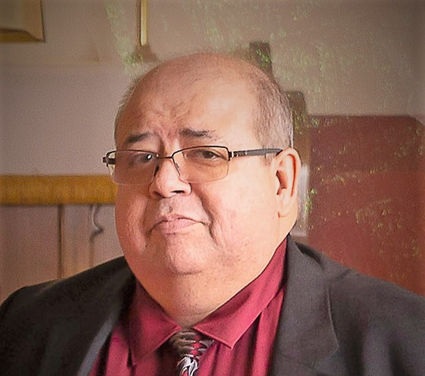 Isaac Andrew Leyva, 60, died at the Washakie Medical Center on September 30, 2019 surrounded by his loving family.

Isaac A. was born on May 1, 1959 in Worland, WY. He was the first born son of Isaac and Josie Leyva. He grew up in Worland and did yard work to save up money for his piano lessons. He started at the early age of 8; working to achieve his ultimate calling of a professional pianist. He graduated from Worland High School in 1977. He married Natalie Alcaraz in 1983. They had two children.

Isaac A. worked for Holly Sugar, Billings Gazette, Wyoming Boys School, and Comfort Inn. He also traveled as an Evangelistic Pianist with two different ministries. At the time of his death he was the pianist/organist for the United Methodist Church and the Episcopal Church. He was an anointed pianist who followed the Master's lead. This was felt in his music.

He was preceded in death by his mother Josie; brother David; and nephew Joseph.