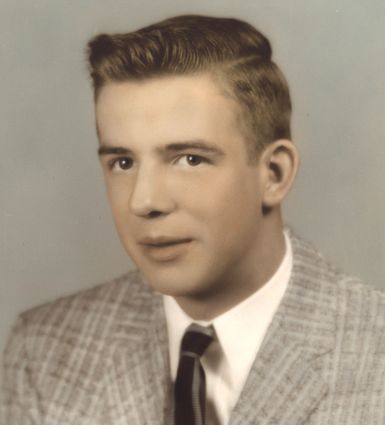 He spent some of his childhood in Sterling, Colorado before moving to Wyoming. He completed his GED in June of 1965 in Casper, Wyoming. Joe served his country in the United States Air Force from 1965 through 1967. He retuned to Wyoming after his service, working in the oil industry most of his life. He worked in the field and made his way to become a core engineer. He married Lois Sifert and with this union, he became a father when he adopted Jeffrey. He did his best to raise Jeff as his own. The couple later divorced. Jeff described his dad as a "Yes, Sir! No, Sir!" person. Joe was always respectful to others and was known for his integrity. "If you're going to do something, do it right the first time!" was his motto.

After his mother passed away in 2005, Joe made Worland his home. He became acquainted with fellow veterans at the American Legion Post #44. He and his friends would frequently go to Maggies, the Legion Hall or Little Chief to socialize. It got him out of the house for which he was grateful. As his health began to fail, he kept more to himself, but was always glad for company, especially when Ron or Gil would grace his doorstep.

Joe was kind of hard to get to know, but those who took the time found a true friend with a real sense of humor. He loved when he could pull something over on a friend. Joe was sincere about friendship, his fellow veterans, and his willingness to do anything he could for someone in need.

Cremation has taken place. Memorial services will be held 3:00 p.m. Saturday, November 2, 2019 at the American Legion with Military Honors provided by the U.S. Air Force and American Legion Post #44. Inurnment will follow at Riverview Memorial Gardens Cemetery. Online condolences may be made at http://www.bryantfuneralhomeonline.com.