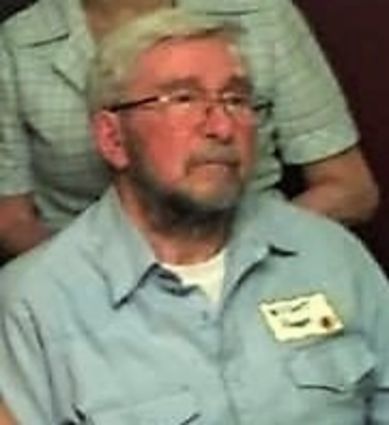 Wilbert Daniel Hoppe, 85, passed away November 22, 2019 at his home in Worland, WY. Wilbert was born in Miltona, MN on February 7, 1934 to Leopold and Mabel Hoppe. He was one of ten children. Wilbert grew up in Miltona, MN helping on his mom and dad's family farm. He graduated high school in 1952. Wilbert enlisted in the United States Army on August 13, 1954 and honorably served three years. He was discharged on July 24, 1957. Wilbert married the love of his life, Janeal Lynette Dummer on September 3, 1961 at the Bethlehem Lutheran Church in Clements, MN. The Lord blessed them with three children: Lynn Daniel, Randall Dayne, and Kari Gay.

After the military, Wilbert was employed with the United States Postal Service from February of 1958 until July 30, 1990 when he retired. During that time, he was actively enlisted in the Air National Guard and later in the Army National Guard. Wilbert officially retired from the United States Army February 7, 1994. He then worked for J.R. Simplot Company in Worland, WY from March 1997 to December 2000.

Wilbert's Army, Air National Guard and Army National Guard training included the U.S. Army Engineering School in Ft. Belvoir in Virginia for diesel engine repair. He was also trained to be an outside wire and antenna maintenance repair technician. Wilbert was awarded numerous service ribbons and awards during his service in the military. These included: Army Reserve Component Achievement Medal, Good Conduct Medal, Meritorious Service Medal, Armed Forces Reserve Medal, and many more. He was a lifelong member of the American Legion and the Disabled American Veterans.

Wilbert loved military history and reading military books in his free time. He had a huge interest in world politics. He also enjoyed watching world news on the television.

He was preceded in death by his parents Leopold and Mabel Hoppe; and his brother Leo Hoppe.

In lieu of flowers, Memorial Donations may be made to St. Luke's Lutheran Church and/or the Disabled American Veterans c/o Veile Mortuary, P.O. Box 730 Worland, WY 82401. Arrangements have been entrusted to Veile Mortuary.