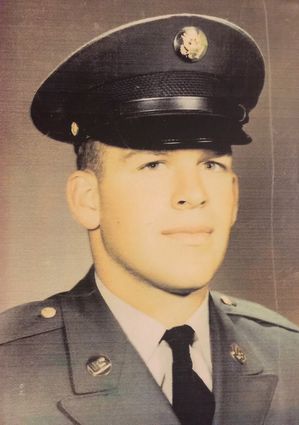 On December 28, 2019 Maurice Eugene Seghetti, loving husband, father & grandfather passed away at the age of 75. Maurice was born December 9th, 1944 in Buffalo, Wyoming. His family moved to Worland when he was still a baby where he lived until moving to warmer weather in retirement in Anthem, Arizona.

Maurice was a proud graduate of Worland High school who went on to play collegiate football and wrestle on a full-ride scholarship at Black Hills State University. When duty called, Maurice answered and served his country in the US Army in Vietnam, entering the service July 27, 1966 and receiving the rank of Sergeant E5 on Sept 21, 1967. He always carried a picture of his nieces, Marty, Tammy, and Holly close to his heart while he served his country. During his service he earned two Bronze Service Stars, an Army commendation for Valor, an Air Medal with one Silver and one Bronze Oak Leaf Cluster as well as a Purple Heart and sharp shooter designation. He was also awarded the National Defense Service Medal, Republic of Vietnam Campaign Medal, and an Aircraft Crewman Badge. He transferred to reserve duty in 1968 where he finished his service July 18, 1972.

Maurice married his sweetheart, Bonnie Carroll of Thermopolis, Wyoming in 1969 and became the proud father of two children, Bryan Eugene and Denise Carroll Seghetti who they raised in Worland with a large and loving extended family.

Maurice loved his family and was someone everyone knew could be relied on to provide a helping hand. He worked long hours to provide for his family as a police officer for the Worland Police Department, then spent many years in the oil fields of Wyoming, finally a commercial fisherman in Cordova, Alaska in the summers, and managed the transportation of sugar beets in Wyoming, Idaho, and North Dakota during the winter months. He had a passion for the outdoors and loved hunting fishing and camping. Anything that took him into the mountains with his family gave him great enjoyment. He loved cars (Mopar), Wyoming football, and bragging on his kids and grandkids. None of their events were too far, too late or too cold.

Maurice was an example of kindness, generosity, and love. He was preceded in death by his father (Jack), his mother (Sevilla), his sister (Janet), and his brother (Ralph). He is survived by his wife Bonnie of Anthem Arizona, son Bryan (Carissa) Seghetti of Cheyenne Wyoming, and daughter Denise (Brandon) of Phoenix Arizona. Maurice is also survived by his sister Virginia Sheesley, brother David (Susan) of Worland, brother Jim of Mississippi and Wesley (Kitty) of Minnesota and numerous nieces and nephews. Maurice was a man with a natural smile, but it only got bigger when he was speaking of his grandchildren Caleb, Josh, Maggie, Hailey, Justin, Makayla, and Ashlyn.

Funeral Services were held at The Church of Jesus Christ of Latter Day Saints in Anthem, Arizona on December 31st. There will be a grave side memorial in Worland, Wyoming in June of 2020.