A reunion seven decades in the making 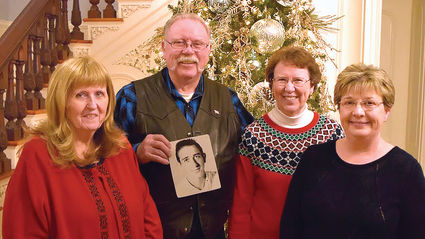 The Sharp siblings reunite after being apart for 69 years. From left are Annette Gaiser; Dan Garnett of Worland, who holds a photo of their late brother John; Lisa Pierce; and half-sister Brenda Hamm. They met at a bed and breakfast in Lexington, Missouri, for three days after Christmas to get acquainted.

WORLAND -Thanks to the determination of a half-sister he never knew existed, Dan Garnett of Worland was reunited with two sisters he had given up hope of ever seeing again.

Garnett was born to William and Lois Martin Sharp in Richmond, Missouri. At the age of 4, Dan, his brother John, 3, and sisters, Lisa, 2, and Annette, an infant, were separated in 1950. Garnett said his sisters told him that...