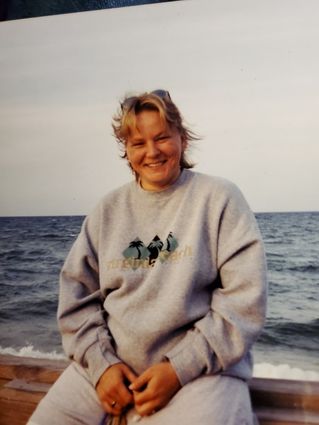 Pam was born in Houston, Texas on August 10, 1967 to Bill Gene Jackson and Nellie Mae (Umfress) Jackson. She grew up in Texas, receiving her education in Conroe, graduating in 1986. Following graduation, Pam moved around the southern states, finding her way eventually to Hampton, Virginia. From Hampton, she decided to move west with Worland becoming her new home in 2010. She went to work for Sally's Classic Pizza and became the office manager soon after. Pam had a huge heart and was very kind and loving. She wasn't one to cross though, but you always knew where you stood with her. She was lovingly known as the "Mama Bear" of Sally's! Her sense of humor was easily recognized by those who knew her. Pam loved country music, Dr. Pepper, slot machines and her beloved fur babies.

She was preceded in death by her brothers, Bill Gene Jackson, Jr. and David Gene Jackson.

Survivors include her parents, Bill and Nellie Jackson of Conroe, Texas; brother, Clayton (Coreen) Jackson of Conroe, Texas; sisters, Kathleen (Mark) Mattern of Montgomery, Texas and Melissa Ann (Tim) Carsen of Houston, Texas, special niece, whom she thought of as a daughter, Samantha Stearns and numerous other nieces and nephews. Survivors also include her Worland family, her best friend, Sally Molina and her daughter, Rozan; Clint and Sally Carneal, Susie and Walt Kussy; Catheryne Gerber and all her adopted family from Sally's Classic Pizza.

Memorial services will be held 2:30 p.m. Friday, February 28, 2020 at the Crosspoint Baptist Church - Big Horn Campus, 1101 Big Horn Ave, Worland, Wyoming. Inurnment will take place in Texas at a later date. Memorial donations may be made to New Hope Humane Society and sent to PO Box 524, Worland, WY 82401. Online condolences may be made at http://www.bryantfuneralhomeonline.com.