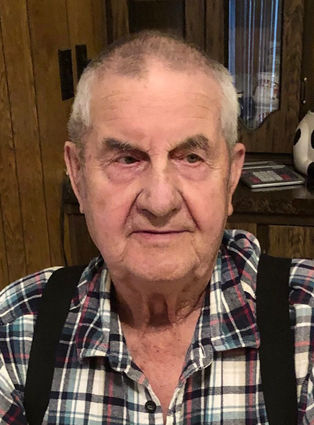 Larry was born in Hulett, Wyoming on April 20, 1938 to Clarence Lee and Miriam Louise (Bay) Bear. In 1961 he met Rose Sparre in Moorcroft and the couple was married on June 23 that same year in Rapid City, SD. They made their home in Moorcroft until 1965 when they relocated to Casper, Wyoming. They moved to Buffalo, Wyoming in 1970. Larry, along with brothers, Chuck and Eldon "Jiggs" worked for Black Hills Bentonite for most of his career.

In 1981, Larry and Rose decided to make their home in Worland to be closer to family. In 2001 Rose suffered a stroke. Larry was by her side, every step of her recovery. Even after her illness the couple continued to be avid campers and loved to fish. Larry didn't find the joy in camping or fishing after losing his beloved Rose in 2010.

One of his favorite pastimes was playing cribbage, driving around the local countryside, seeing the sights and taking in the beauties of Wyoming. He was a simple, honest, hard-working man with simple tastes and pleasures. He held deep appreciation for the important things in life, namely family, friends, and personal integrity. Other than the normal comforts of life, material things were not important to him. He was a competent mechanic and loved to tinker on cars. He taught that skill and passed on the passion for old cars to his son. Larry always had a ready smile and a hand-out to help anyone who needed it.