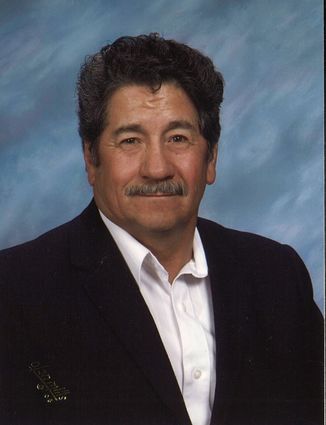 Aurelio was born on September 25, 1943 in Media Luna, Aguascalientes, Mexico, the oldest of thirteen children born to Gregorio and Maria Ventura (Esparza) Serna. He received his early education in Mexico, completing the 6th grade before going to work full time. He married Stephanie Serna on November 8, 1962. To this union six children were born.

In 1992 the couple moved to Wyoming. He worked various jobs until one day at the Weber farm, someone did not show up for work. Aurelio was asked if he would fill in. The other person never did show up, which began a long-time career for Aurelio. He loved everything about agriculture, from tractor work to irrigation. His days off would find him working around his own yard and house, caring for it and making it beautiful. The Weber's became like a second family. There was a unique friendship between he and Dennis.

Aurelio was the best of the best. He was a hard-working man who always had a smile on his face. He chose to see the good in others and in life. He was a devoted husband and friend.

He was preceded in death by his parents, sister, Irma and son Alfredo.

A visitation was held Friday, March 20 for family and close friends. A Memorial Mass will be held at a later date. The family is very grateful to everyone who has shared special kindnesses during this difficult time. Online condolences may be made at http://www.bryantfuneralhomeonline.com or sent to PO Box 524, Worland, WY 82401 for the family.