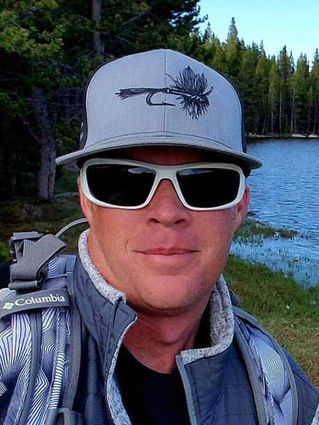 Scott Lee Christian, 40, passed away at his home after a courageous battle with colon cancer.

Scott was born in Los Gatos, California on November 13, 1979, the second oldest of four boys born to Charles Robert and Cynthia Lee (Faunce) Christian. He graduated from Santa Clara High School in 1998.

As a youth, Scott was extremely friendly and enjoyed visiting with his neighbors. He also loved working on cars, taking them apart to rebuild them, just a bit better. He loved spending time with his father, working on cars, fishing, and camping. He looked up to his dad and wanted to learn from him. "Teach me but let me do it!" he would often tell him. His ability to make friends easily led him to his future wife. Shannon Shields had been diagnosed with Graves disease. Scott was determined to see her through her treatments and bring her happiness. He would bring her a stuffed animal and push it through the "dog-door" her mom had installed in her bedroom door and then sit outside her room and talk to her as often as he could. He knew that that stuffed animal had to be thrown away at the end of the day because of the radiation, but that did not deter him from bringing her another one the next day. He was a hopeless romantic when it came to Shannon. The couple was married on April 28, 2001 in Lake Tahoe, California. After their wedding, Scott continued his kind, romantic ways, completely devoted to keeping their marriage strong. He was a dedicated worker in every job he held, giving 110% to whatever the task at hand was. He took a job with Schlumberger (Slumber J) which required him to move his family to Wyoming. The couple loaded up their two children, ages 1 and 2, all their belongings and moved from California to Winchester, Wyoming. They later moved to their current home, just outside of Worland. He worked for Slumber J for 13 years, before joining the crew at Frandson Safety.

Scott was an extraordinary man, even through the diagnosis and treatment of his cancer, he did not feel sorry for himself. He often expressed how he hated what the cancer was doing to his family but used the illness to instill a greater "sense of family" to his own children and to his brothers. As he always did, Scott put his family before his needs, truly exemplifying the unconditional love he felt for them. Passing along the treasured memories he had with his dad, he would take Travis to the mountains, to hike, hunt, fish and camp. Scott would smile everytime Trinity would walk into a room. He believed in protecting and providing for his family. He liked people for who they were, no judgment passed. He was a strong man and others could rely on him.

He was preceded in death by both maternal and paternal grandparents and his mother-in-law, Carol.

Cremation has taken place. Memorial services will be held in the Big Horn Mountains this summer. Memorial donations may be made to the Scott Christian Memorial for an education fund set up for Travis and Trinity. These, along with any cards or letters to the family may be sent to PO Box 524, Worland, WY, 82401. Online condolences may be made at http://www.bryantfuneralhomeonline.com.