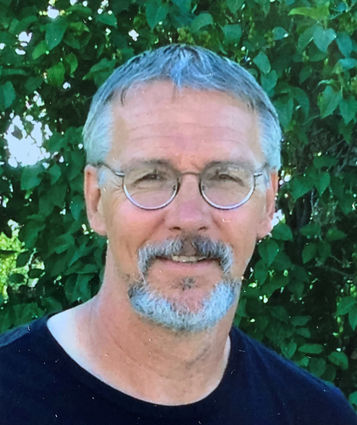 A celebration of the life of Ken Baumeister, 64 year old Buffalo resident who passed away Thursday evening at the Amie Holt Care Center in Buffalo will be held by his family this summer in Spearfish Canyon. Donations in Ken's memory may be made to the Bread of Life Food Pantry in care of the Harness Funeral Home at 351 N. Adams in Buffalo. Online condolences may be made at http://www.harnessfuneralhome.com

Kenneth Dean Baumeister was born September 16, 1955 in Hartley, Iowa to Lyle and Daisy "Norlin" Baumeister. He grew up and went to school in Belle Fourche, South Dakota and graduated from Belle Fourche High School with the class of 1973. After high school he attended Black Hills State College for one year. He made his home in Spearfish Canyon and was in the Oil Business in the Western States. He was married on September 21, 1985 in Spearfish to Cindy Hotchkiss and they made their home in Spearfish Canyon. In 1997 the family moved to Worland, Wyoming where he continued in the Oil Business and also was in Title Insurance. In 2000 he purchased County Title of Washakie County and later purchased the Hot Springs County Title Agency in Thermopolis. He purchased the Basin Title Company one year later and operated all three. Ill health forced him to retire in 2015 and he and Cindy moved to Buffalo where they lived until his death.

Ken was appointed by Governor David Freudenthal to sit on the State of Wyoming Insurance Commission as a board member of insurance education testing, for licensing real estate title insurance agents, 2003 to 2007. He was President of Grace Chapel Community Church Board of Leaders, and Sunday School Teacher at Grace Chapel Community Church, 2004 to 2011. He was also President of the local Kiwanis Organization in Worland, WY, two years from 1997 to 1999.

He is survived by his wife Cindy of Buffalo; his father Lyle Baumeister of Spearfish, South Dakota; two sons, Christian Baumeister and his wife Megan of Cody, Wyoming and Jamin Baumeister of Morrison, Oklahoma; one daughter Ashley Rondon and her husband Janz of Tulsa, Oklahoma and five grandchildren, Cooper, Dalton, Luka, Zaralina, and Nova. He was preceded in death by his mother and one sister Kathy Jensen.