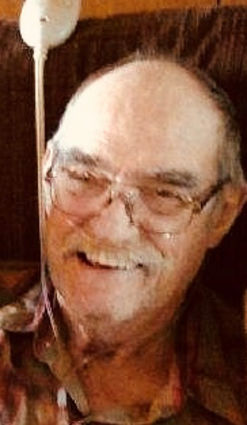 William "Bill" H. Austin, 79 of Ten Sleep, WY passed away peacefully at his home April 16, 2020. Bill was born on Feb. 8, 1941 in Casper, WY to Bud and Ola Elizabeth Brown. The family moved from Casper to Ten Sleep when Bill was in grade school. After he completed his junior year Bill moved to Casper to finish High School, finished mid-term and then joined the US Air Force. He served our country for four years, being honorably discharged in 1964. Bill was primarily stationed in New Mexico, Florida during the Cuban Missile Crisis and a short time in Turkey. Bill married Barbara Joyce Porter, in Worland, July of 1962.

Bill was well known for his passion in music and the bands he played with. He had his own band "Bill and the Boy's." Bill was a member of the Wyoming Fiddlers and traveled all over the state. Bill was also the Mayor of Ten Sleep and also Kirby for a time. He was active in the Eagles and was President there as well. He had his teaching certificate in welding and was a mechanic for many years. He was a substitute teacher in Ten Sleep and also helped at the Boy's School.

Bill is preceded in death by his parents, two sisters and a brother. Bill is survived by Donald (Lou) Brown of Florida, Mickey J Brown of Ten Sleep, sister-in-law, Christa Austin of Casper, daughter, Deborah (Debbie) Joyce Evans of Ten Sleep. Son, William Alan (Tarah) Keeler of Tennessee. His grandchildren, Austin (Amy) Burton of Idaho, Johnny L. (Dawna) Burton of New Mexico, Colton, Hayden Keeler both of Tennessee. Great grandchildren, Cody and Cameron Ringler of Idaho, Jett and Titus Burton of Idaho, Gracen, Jace and Riker Burton of New Mexico. He is also survived by numerous nephews and nieces whom he loved dearly. Cremation has taken place at the Antelope Butte Crematory in Greybull. Due to the current circumstances a memorial service will be held at a later day.