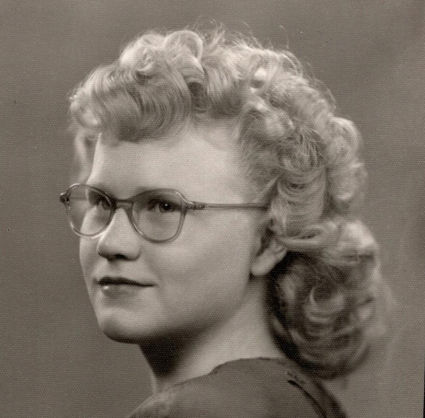 Born October 16, 1931 in Gordon, NE, she was the daughter of Faye (Nern) Thompson and George "Powder River" Thompson. The family resided on the Kitchen Ranch in northern Niobrara County, and Shirlee attended grade school at country schools near the Ranch and in Douglas, WY. She then lived with family in Gordon, NE where she attended Gordon High School, graduating in 1949.

In 1951, she married the love of her life – Glenn Edward Crofutt. They raised three children together and after retiring from ranching the couple lived in Wickenburg, AZ and Springville, CA. They moved to Thermopolis in the early 2000's.

Shirlee never met a stranger and was not shy about giving advice or speaking her mind. She loved her family and friends, and always had a dog in her lap and a toothpick in her mouth. Shirlee was very entrepreneurial and always had a new business opportunity in mind. She ran restaurants in Wickenburg and Springville, and loved going to antique sales to find bargains.

Those cherishing her memory include daughter Diane (John) Winter of Thermopolis, son Will (Vicki) Crofutt of Miles City, MT, and daughter Cheree (John) Linford of Bakersfield, CA; brother Dick Baker of Lusk, WY; and sister Jean Zerbe of Lusk, WY. She will also be dearly missed by her eight grandchildren, nine great-grandchildren, and many more extended family members. She was preceded in death by her older sister Billie; an infant son, Michael; her parents; and husband, Glenn.

Memorial services are planned for Friday, July 10 in Lusk, Wyoming. Interment will follow at Lusk Cemetery.

Mortimore Funeral Home is assisting the family. Online messages may be sent to http://www.mortfh.com.