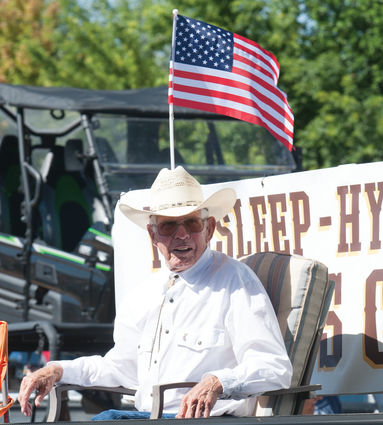 Ten Sleep Fourth of July Parade grand marshal Derald Cheeney looks toward the crowd as he rolls down Second Street in Ten Sleep. The parade theme for this year was 75 years of rodeo.

TEN SLEEP – Derald Cheeney, 85, has been a resident of Ten Sleep since his parents moved to town just a month after his birth, and has attended nearly every single year of the Ten Sleep Rodeo since the first edition of the annual event 74 years ago in 1946.

Cheeney has been in attendance for nearly all 75 editions of the rodeo, except a small amount of years in the 1950s where he served in t...