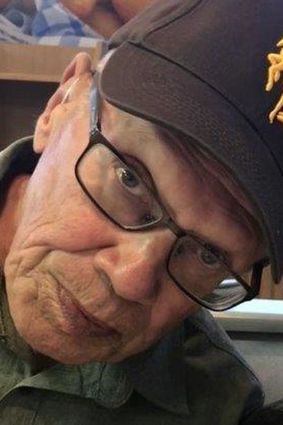 C. Neal Bloomenrader, Jr. (January 4, 1948 – June 10, 2020) Some of Neal's favorite things in life were his family, his dogs, his country, and a nice piece of red velvet cake. He enjoyed ham radio and history documentaries, serving in the military and keeping his lawn looking pristine.

Clifford "Neal" Bloomenrader was born to Elaine (Hedgecock) and Cliff Bloomenrader in Rawlins, on January 4, 1948. He grew up in Jeffrey City, along with his sister, Phyllis, until starting high school in Rawlins. It was while he was attending University of Wyoming, studying Microbiology, that he met his wife Janice "Jan" Pokarney. They married on June 1, 1968.

After college graduation, Neal was drafted into service for the Air Force and served at Patrick AFB in Cocoa Beach, Florida and Brooks AFB in San Antonio, Texas. After leaving the Air Force, he worked at EH Walrath & Sons in Bridger and Edgar, Montana. He then joined the Wyoming Department of Agriculture, where he worked much of his life, eventually rising to the role of Program Supervisor until his retirement in 2013. He was a friend to all who worked around him.

Always a soldier, Neal served in the Wyoming National Guard in Worland and Powell, retiring while serving in Casper. During his retirement, Neal enjoyed working with his friends at Enterprise Rent-a-Car in Casper. He was an active member of Bethel Baptist Church.

Neal passed away June 10, 2020 at the Sheridan VA Medical Center after a long battle with Multiple System Atrophy, a rare, degenerative neurological disorder. His family would like to recognize all his caregivers who provided loving comfort to him in his last days. "The Final Salute" given to Neal after he passed was a perfect farewell for the soldier and patriot he was.

Neal is survived by his wife of 52 years, Jan, and their children, Laura Riter (Richard) of Seattle, Washington, and Joe (Kathryn) Bloomenrader of Salt Lake City, Utah; his sister, Phyllis Hime (Chuck) of Cheyenne; his grandchildren, Chloe, Adam, Jack and Mike; and his nieces, Breanne Bell and Kelsey Haynes of Cheyenne.

He is joined in heaven by his parents; his grandchild, Abigail Jo; and his many beloved dogs. We will miss you Dada.

Burial will be at Oregon Trail Veterans Cemetery in Evansville, Wyoming.

A celebration of Neal's life is being planned at a later date.

In lieu of flowers, Neal's family would prefer donations to either the Casper Humane Society or the Sheridan VA Medical Center (Hospice).