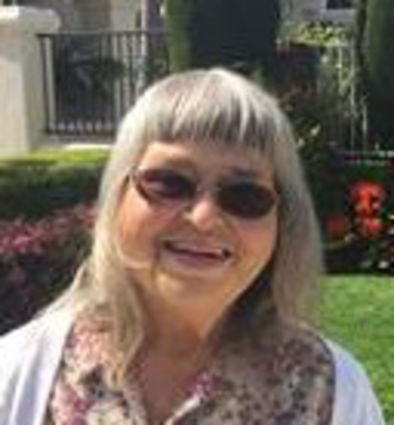 BernaDene Horton Waddell passed from this life to her heavenly home on June 29, 2020, at the Dialysis Center of St Joseph's Hospital in the arms of Francis, her husband of 40 years. BernaDene was born on Jan. 13, 1943 in Greybull, Wyo., the third child to Orthello and Emma Horton. Orthello was a brakeman for the Chicago Northwestern Railroad. The family had just moved from Ainsworth, Neb., and was living above the Sawyers Store which is now the Probst Western Store. Mrs. Lena Anderson, the mother of Phyllis Linse, took care of Russell and Lola as well as caring for Emma and BernaDene.

BernaDene graduated from Greybull High School in May 1962. After graduating she worked at Elephant Head Lodge in the summers and helped with the family's children and restaurant business in Kansas City, Mo. In 1965, she flew to Fairbanks, Alaska, to help Russell and Virginia Horton care for their two children as they taught in the Fairbanks schools. In 1967 BernaDene moved to Renton, Wash., to care for the Kolcey family's three children. In 1971 she took on the job of caring for a semi-invalid who talked her into traveling to Beirut, Lebanon, where she lived for several years as she traveled with Mrs. Macomber to Cairo, Rome and Athens. In 1978 they returned to California to live. There, BernaDene met the love of her life, Francis Waddell.

On June 20, 1980, BernaDene married Francis Waddell in the Greybull Presbyterian Church with Reverend Raymond Nott officiating. Francis and BernaDene honeymooned in Hawaii. They made their first home in Brea, Calif., where Francis's businesses were Flower Magic and The East West Company which supplied flower arrangements and gifts to hospitals in the Los Angeles area. BernaDene helped make bouquets and became proficient in the art.

In 1990 they moved to Orange, Calif., and in 1993, their son, Michael, was born on Dec. 9. Michael was their pride and joy. BernaDene dedicated her life to raising him. Michael wrote his testimony to that caring mother on Facebook.

BernaDene was well known for her hobbies of all kinds from latch hook rugs, painting, and making silk floral arrangements for her husband's business. She loved sweets of all kinds, especially candies, and had an undeniable love for baking. She looked forward every year to sending to her family and friends her signature fruit cakes, applesauce cakes, cookies, and cream cheese cakes. She was also known for her relentless love and selfless care for everyone around her. She enjoyed frequent trips to Disneyland or a daily walk in the park with her husband. Family was the single most important thing to BernaDene as she remained extremely close with her family in Wyoming whether it was sending birthday gifts, Christmas cards, or making a yearly trip to visit. She never missed an important birthday or milestone and always made sure to keep in touch.

Preceding her in death were her parents, Orthello and Emma Horton, and brother Russell. As well as Francis's mother and father and brother, Peter.

She will be missed very much but her positive and tireless attitude and compassionate and selfless spirit will live through the people she touched for the rest of their lives. BernaDene will be interred at the Greybull cemetery near her parents' graves as cremation has taken place. A memorial service will be held in Greybull at that time with an announcement to be made at a later date.