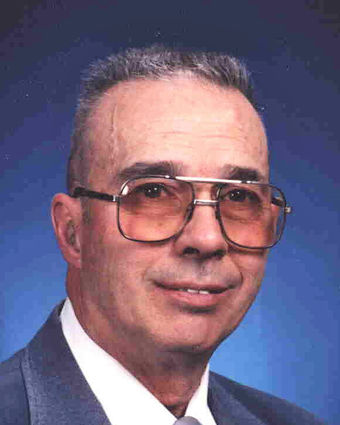 William died on July 22, 2020 at the Washakie Medical Center.

Bill was born August 31, 1937 in Casper, the son of Monica Cecilia Fassler and John Other Ala. He was one of three children. He lived with his grandmother in Missouri. At age 7 he returned to Casper to live with his mother. He attended St. Anthony's Catholic School, graduated from Natrona County High School and during his high school years he participated in the Reserve Officer Training Corps (ROTC). Upon graduation, Bill joined the United States Navy becoming a machinist's mate, which he greatly enjoyed. During his training at the Idaho National Engineering Laboratory near Arco, Idaho, Bill met the love of his life, Donna Lorraine Bauer. Bill and Donna were married on May 7, 1960 in Pocatello, Idaho. They moved to Virginia where Bill was stationed at the Norfolk Naval Base and served on the first nuclear powered aircraft carrier, the USS Enterprise. While serving on the USS Enterprise, Bill's crew participated in the naval blockade during the Cuban Missal crises in 1962.

Following his service in the Navy, he returned to Casper and worked as a control room operator at the Dave Johnson Power Plant and then as a train engineer for the Glenrock Coal Company. Bill was an active member of St. Anthony's Catholic Church and a regular volunteer with the Holy Cross Center Food Bank. He was an avid reader, enjoyed gardening, do-it-yourself projects, creating, fabricating, inventing, building, and learning new things.

In 2016, he moved to Worland with his wife Donna where he resided until his death.