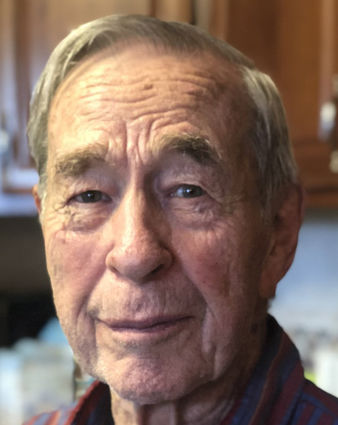 His death is preceded by his parents Myrtle and Perry and brother Glen of Oshkosh, Ne.

He is survived by his wife Carol, daughter Kathy of Carlsbad, CA, daughter Kim Hosp of Denver, CO and son Perry and his wife Tara of Fort Collins. Don had 6 grandchildren: Lauren and Lindsey Hosp, Milo, Cooper, Charlie and Casey McCormac.

Don was a veteran of the Army and served in Korea where he earned 8 Medals for his service. Don grew up in Oshkosh and married Carol in 1952. He graduated from Utah State College on the GI Bill in 1956 with a degree in Geology. He started his career there working for Halliburton.

After the birth of their first child Kathy, they moved to Worland, WY where the couple raised their family and started McCormac Redi-Mix.

He was well liked and respected by his Wyoming community and retired from his business to travel. He spent many seasons fishing in Alaska and sunning in Carlsbad, CA.

In his last years, he lived in Fort Collins spending time with grandchildren and socializing at the Senior Center.

He was a generous, sincere and loving husband, father, grandfather and friend and will be greatly and deeply missed.