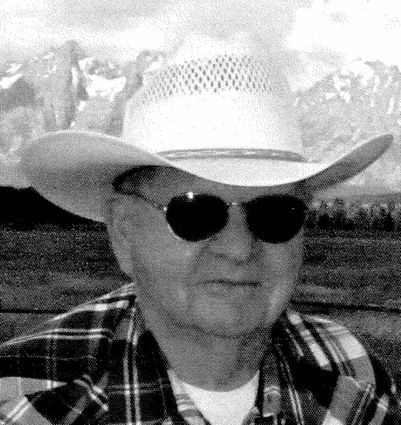 Thomas Edwin Ryan, (Big Tom to many who knew him and Papa to his grandkids) of Thermopolis, WY, passed away, surrounded by his family, peacefully at his home of 62 years on Friday August 21, 2020. Born in Douglas, WY on August 29, 1933 as the fourth child of John and Maude (Smith) Ryan. Tom started his vocation of trucking for his father John at the early age of 13. Working throughout high school for his father, Tom graduated from Douglas High School in 1952. He then attended two years at the University of Wyoming. After running out of money for college, he became an oilfield roustabout, working throughout much of Wyoming.

In 1956 Tom married Viola Hunt of Glenrock. They were married in Hot Springs, SD. They would have celebrated their 64th wedding anniversary on September 1. After marrying, Tom and Viola moved around Wyoming living in a travel trailer as Tom worked in the oilfields. The young family, which by now included their oldest daughter, lived in Lander, Riverton and Powell before finally settling in Thermopolis in 1957.

In September of 1958, Tom and his brother James built their first truck from spare parts and purchased the assets of VG Herman Trucking of Thermopolis and Lyle Halsted Trucking of Worland to form Ryan Brothers Trucking, Inc. For the next 62 years, Tom's life was defined by his Faith, his Family and Ryan Bros. Tom, a faithful member of St Francis Catholic Church, attended Mass daily with Viola. Early in business he also started Tom Ryan Livestock working as a cattle buyer to supplement and provide trucking for Ryan Bros. Tom was involved in daily operations of Ryan Bros. until 2018 and continued to pick up the mail until the fall of 2019.

Family was everything to Tom and one of his proudest achievements was having his two sons, three grandsons and one grandson-in-law continue to work at and operate Ryan Bros. From the original four trucks, Ryan Bros has grown into a 50-truck operation. They haul multiple commodities and operate through the Intermountain West. Tom lived a life defined by integrity and honesty, his word was his bond.

A Rosary vigil will be held on Friday, August 28th at 6:00 pm with a viewing from 5:00-6:00 pm at St Francis Catholic Church. A Mass of Christian Burial will be held on Saturday, August 29th at 10:30 am with a viewing from 9:00-10:00 am at St Francis Catholic Church with a luncheon to follow at 912 Fremont. Father Randy Oswald will be officiating. A Celebration of Tom's life will be held on Saturday September 5th at the Ryan Brothers Trucking facility at 180 Lane 3 in Thermopolis at 2:00 pm.

Mortimore Funeral Home is assisting the family with arrangements. Online messages may be offered at http://www.mortfh.com.