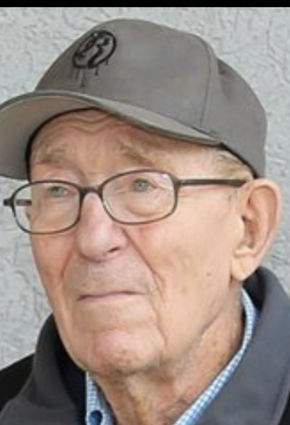 Gary passed away on September 7, 2020 at Crook Memorial Hospital in Sundance, WY.

Gary moved at a young age from Idaho to Rozet, WY where he attended school and lived the country life. Gary loved the outdoors and building with his hands. He went to work at an early age. One of his first jobs being the Homestake Uranium mine in New Haven, WY. He could do anything with his hands as demonstrated by his occupations throughout his life. He was a highly skilled mechanic from the smallest of engines to the heaviest equipment. Gary had an incredible work ethic and was never unemployed during his life. He was a miner, a roughneck (derricks), a businessman, a rancher, mechanic, heavy equipment operator, foreman for Black Hills Bentonite in Ten Sleep, WY, and last but not least a father of five and a loving husband.

Gary's most proud accomplishment was his family, whom he loved and admired dearly. On May 16, 1952, he married the love of his life, Cloma Hazel Evans. They shared 61 beautiful years together. They lived in Moorcroft, WY, Vanderhoof BC Canada, Ten Sleep, WY, and then retired in Upton, WY. He loved following his grandchildren's sports events, teaching and showing them the ways of life. He adored his grandkids!!

One of his dreams was to become a pilot which he fulfilled in his forties. He enjoyed taking his family and friends up flying in his Cessna 172. The other thing he was especially proud of was the Donner family heritage and attending the Donner reunions at Donner Lake in Sierra, Nevada mountain range. He would share his knowledge with anyone who would listen. From an early age he was an avid hunter and loved the outdoors. Whether it was rabbit for an after school snack or the lifelong hunt for elk, moose, and the daddy of them all the Big Horn Sheep hunt from the Tetons, Gary loved the experience of hunting in all aspects of even walking in the deepest of snow and blizzards to get there. He lived for his fall hunting trips and planned for them all year long. He also enjoyed restoring old cars as a pastime. During his retirement Gary enjoyed woodworking, a trait he learned from his father as they built church steeples together at an earlier age.

Gary was preceded in death by his wife, four brothers, two sisters and son-in-law Charlie Hopf.

Memorial services will be held at a late date.

Online condolences may be written at http://www.fidler-isburgfuneralchapels.com