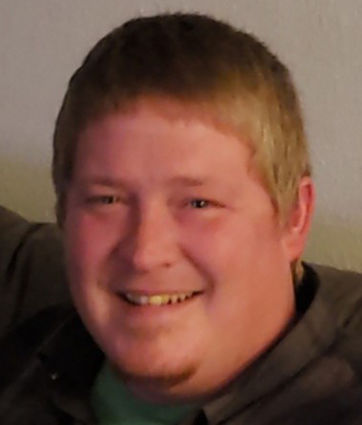 David was born March 4, 1985 to Howard and Sandy (Alaniz) Phillips. He joined big brother Chase, and later they gained two baby sisters, Kerry, and Jamie. David attended Worland schools and became an avid reader. He was a life-long learner and was one of those people who knew something about almost everything. Much of his time in early childhood was spent playing in the mud with his siblings, knowing they would be sprayed off with the water hose before being allowed back inside! Even at a young age he had brilliance. He would take machines and electronics apart to see how they work, then put them together again. K'nex, Legos, and Lincoln logs were some of his favorite toys.

As a teenager he could often be found with his siblings and their large group of friends, having a good time most often with loud music blasting. David held many jobs over the years - cook, cowboy, drywaller, roustabout, and salesman. He enjoyed working at Hedge Music as a satellite installer, quickly becoming known for his sincere customer service. At the time of his death he was employed with M&T Underground. David was especially proud that he had recently become a driller.

David loved the outdoors, going on adventures, and camping in the mountains. He was a survival enthusiast and taught himself to braid para cord bracelets and lanyards. He had a large knife collection and was a good marksman. David spent many hours with his dad and brother racing their RC trucks. He enjoyed off roading out in the hills, stereos, and working on cars with his friends. His most precious time however was spent with the love of his life, Christina, and their beloved dog, Emee.

David was a kind, gentle, loving soul and his passing leaves a void in many lives including his mother Sandy Phillips; paternal grandfather Todd White; his life partner and soulmate Christina Duran and her family; brother Chase (Cara Dennison); sisters Kerry (Jerry Wilson) and Jamie. He will be greatly missed by his aunts and uncles, Marilyn (Tom) Schuyler, Steve (Nina) Rissler, and David (Shelly) Alaniz. A special loss has been felt by his nieces and nephews Cheyenne, Dylan, Delayni, Jayden, Legacy, Lyhra, Elijah, Riley, and Aydree. He spoiled them every chance he got. He also leaves a loving bunch of cousins and other extended family, as well as a large group of friends that have become his family.

Memorial services will be held 2 p.m. Saturday, October 3, 2020 at the Worland Eagles Lodge, with Beau Byrd officiating. Masks are appreciated and social distancing is encouraged. David's ashes will be scattered at his dad's special spot on the Big Horn Mountains by family and close friends at a later date. Online condolences may be made at http://www.bryantfuneralhomeonline.com.