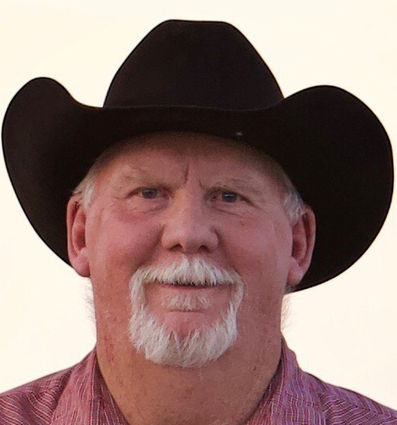 Lynn "Bear" Bruce Terry, 67, of Cody, Wyoming passed away suddenly on September 29, 2020 at his home while walking his dogs.

Lynn was born in Worland, WY on January 27, 1953 to Don and Rhonda Terry. He had one older sister, Dawn. Lynn's father was with Wyoming Game and Fish. The family lived in Dubois, Wyoming prior to moving to Ten Sleep where the family lived at the fish hatchery. He had many fond memories of his life at the hatchery. He and his Dad hunted and fished in the Big Horn Mountains all the time. Lynn attended Ten Sleep High School where he played on the state championship basketball team in 1970 with his lifelong friend Bob Wilson. He graduated in 1971.

Lynn attended Northwest College for a year prior to getting job at Dale Weaver Inc. Lynn worked there for over forty years, working his way up to superintendent and then becoming president and partial owner of the company. He retired in 2018.

In 1977 Lynn's daughter Darcy, his pride and joy, was born. On June 6, 1987 Lynn married his soulmate Dee Chapman. Lynn cherished being a grandfather to Blake (13) and Brooklyn (9). He loved playing games with them and introducing them to the outdoors.

Lynn had a passion for the outdoors. He was an avid hunter and fisherman. He spent many years hunting and enjoying life with his friends and family. He was always happy in the mountains or by a stream. Lynn also enjoyed being a member of the Big Horn Chapter of Pheasants Forever.

He is survived by his wife Dee Terry of Cody, daughter Darcy Brown (Ryan) of Thornton, CO, grandchildren Blake and Brooklyn Brown, nieces Debbie Pierce and Dana Goforth, and his two pups Maisie and Cooper. He is proceeded in death by his parents, Don and Rhonda Terry and sister Dawn Telfer.

The Sun shines a little bit less brightly on the world without him in it.

Funeral services will be held at Ballard Funeral Home on Saturday in Cody October 10, 2020 at 10:30am. A reception following at Lynn's shop at 3 Weatherby Trail, Cody.