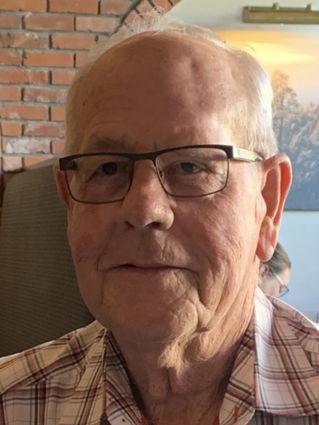 Alvin was born October 6, 1940 in Worland, Wyoming to Conrad and Alice (Lass) Hanneman. On June 26, 1960 he married the love of his life, Joan (Keller). They raised three wonderful children, AC, Mike and Kristi.

Alvin raised his family on the farm and was a natural farmer from childhood. He held many other jobs but none were as dear to his heart as farming. He enjoyed spending time with family, fishing, hunting, camping and playing bingo. Later in life he enjoyed long drives and looking at wildlife. One of his favorite things to do was to wrestle around and play with his grandchildren and great-grandchildren.

Alvin was preceded in death by his father, Conrad and his mother, Alice.

Funeral services were held Tuesday, November 10, 2020 at Zion Lutheran Church with Pastor Roger Dobson officiating. Burial followed at Riverview Memorial Cemetery. Memorials can be made to the Zion Lutheran Church and sent to PO Box 524, Worland, WY 82401. Online condolences may be made at http://www.bryantfuneralhomeonline.com.