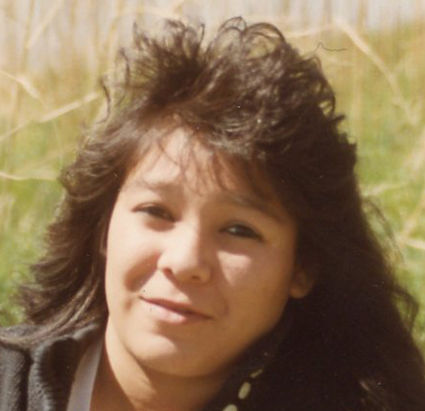 Roxanne Martinez, 48, lost her courageous battle with cancer on November 28, 2020 at the Washakie Medical Center in Worland.

Roxanne was born in Worland on March 6, 1972, the second of three children born to Ernie Joseph and Genevieve "Jennie" (Torres) Hernandez. She grew up in Worland, graduating from Worland High School in 1990. She handed her newly gained diploma to her dad and said, "Here's your diploma". In her spunky way, she acknowledged her parent's push for her to complete this step in getting her education. Growing up with an older and a younger brother, Roxanne learned how to hold her own. She let them both know that it was okay to disagree with her...if they would just see things HER way! She was a very independent woman who spoke her mind and yet was someone friends could talk to and never feel judged. She had a strong desire to help others, especially those who could not always help themselves. She had a very caring and compassionate side to her that assisted her in helping adults with disabilities both in Worland and in New Mexico.

She was very supportive of her family, her own children, as well as her nieces and nephews. She was an avid fan of watching them in their High School activities, especially wrestling. She was also known as the Tamale Queen and was often asked to make delicious cakes for weddings, birthdays and other happy occasions. She loved good music of all genres, Mexican, rock n' roll, 80's, and even rap.

She was preceded in death by her infant son, Lucas Hunter Martinez and her grandparents, Eleanor and Joe, Marge and Lupe.

Services will be held at a later date. Memorial donations may be made to Bryant Funeral Home to assist the family with expenses and sent to PO Box 524, Worland, WY 82401. Online condolences may be made at http://www.bryantfuneralhomeonline.com.