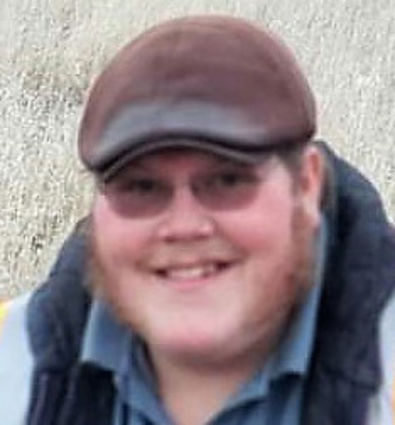 A young man, Hyster Allen Thrush, 25, who enjoyed life and wanted everyone around him to do the same, passed away Dec. 2, 2020, in Worland.

Hyster was born to Jakob Thrush and Danna Wilson June 18, 1995 in Denver.

Father and son moved to Worland in 2000, and Hyster graduated from Washakie County School District No. 1 in Worland in the spring of 2013.

Hyster's zest for and enjoyment of life became apparent at an early age. Despite his Dad's admonitions to never approach or talk to "strangers" Hyster was found talking to a clerk at an airport terminal. When he was questioned by his dad why he would talk to someone he didn't know Hyster simply replied with the clerk's name and explained that they were only strangers because he had not met them yet.

That friendly, outward exuberance for life continued all the way through. It did not matter if Hyster was bringing the next edition of the Northern Wyoming News from the printers, member of the Worland's Elks Lodge, hunting, fishing, playing video games with high school or college buddies, Hyster brought his 6' 5" frame and even bigger desire to see everyone happy, with him.

After high school Hyster enrolled in Sheridan College School of Culinary Arts, where he further developed his talent of cooking. His talents were borne out by Hyster's classmates and friends who, upon winning prizes of food, always designated Hyster as the chef. Those friends were even known to stash portions of the food so Hyster could cook for them the next night, too.

Without being critical, Hyster's passion for food, food preparation and presentation always became part of the conversation when he entered a new eating establishment. His suggestions were consistent with his attitude toward life, making it better and more enjoyable.

The funeral service is set for Dec. 11, 2020 at 1 p.m. at the American Legion Post in Worland. One of the final ceremonial events of a celebration of life will include a 21-water-gun salute.

David Damiano, Sr. will preside over the final ceremony. Special music will be provided by Naomi Durrant and Sarrah Durrant.

Funeral and cremation arrangements have been entrusted to Veile Mortuary.