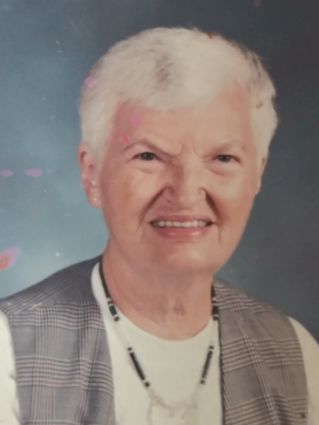 Mary Alice Hinkel, long-time resident of Worland, Wyoming, passed away at the age of 95 on Saturday, December 12, in Billings, Montana.

Mary Alice was born in Juda, Wisconsin, on October 11, 1925. She attended the University of Wisconsin, Madison, graduating in 1947 with a degree in home economics and a minor in chemistry. She worked for two years as a Wisconsin home extension agent, meeting her future husband Everett while she was judging at the Richland County Fair. They were married on April 22, 1949, and moved to Worland, Wyoming that same year.

Mary Alice worked at the Northern Wyoming Daily News until her first child was born in 1951. When her youngest son started school in 1967, Mary Alice earned a few additional college credits, and began teaching fourth grade at South Side Elementary School. She touched many lives over her 21-year teaching career, retiring in 1988.

She was a natural teacher and encouraged creativity and exploration. Her own children benefited from her curiosity about the world, learning not just how to cook and sew, but also about rocks and fossils, history, wildflowers, wildlife and nature. She and her family had a rustic cabin in the Big Horn Mountains where they spent many happy weekends hiking, fishing and spotting wildlife.

Mary Alice was a superb seamstress, and taught all five of her children to sew, including the boys. Her youngest daughter took that legacy to Idaho, where she owned a successful quilt shop for many years.

Mary Alice greeted the computer world enthusiastically, and was one of the first of her Worland peers to have a home computer. She enjoyed introducing her grandkids to the technology and often served as unofficial tech support for other teachers in her school.

Always an avid reader, she started a second career as a library volunteer after her retirement. She initially volunteered for the Washakie County Library's literacy program and was involved with the library in various ways for over 25 years. She served on the Library Board and the Library Foundation Board and was active in the Friends of the Library. In 2015, at the age of 90, she became the first inductee into the Washakie County Library Foundation Wall of Fame.

She also continued her interest in home economics during retirement, serving as a volunteer judge at the Washakie County Fair and other near-by fairs, sewing and donating quilts, and teaching new generations how to sew. Her faith was important to her, and she was a long-time, active member of the First Baptist Church in Worland. 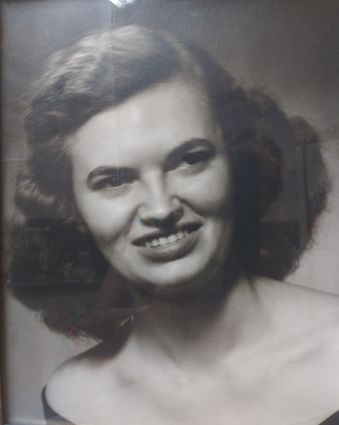 Mary Alice was preceded in death by her husband Everett in 1983; and more recently, by her brother Roger and sister-in-law Betty, both of Juda, Wisconsin. She is survived by her five children, Joanne Hinkel and Patty Hinkel of Boise, Idaho; David (Val) Hinkel of Billings; Bob (Cheryl) Hinkel of Big Fork; and Mark (Marty) Hinkel of Worland; by seven grandchildren – Trent, Pat (Sasha), Paul (Mandi), Dusty (Crystal), Timothy Robert (Jamie), Timothy Allen (Jamie) and PattyJo – and eleven great grandchildren.

The family would especially like to thank Janet White and the staff at Butterfly Homes in Billings, as well as her hospice nurse, Paula, and other staff at Riverstone Health, for their compassionate and loving care of Mary Alice over the last months of her life.

Donations in Mary Alice's name may be made to the Washakie County Library or to the charity of your choice. A memorial service will be scheduled at a future date. Memories can be shared on the tribute wall at heightsfamilyfuneralhome.com.