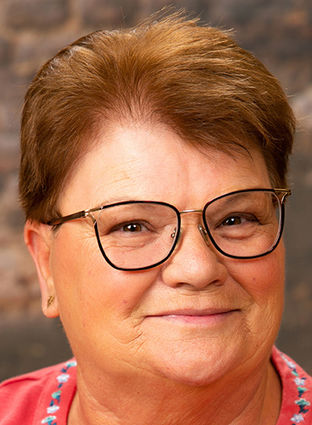 She was born Roxie Ann Davis to Edwin and Betty Davis on September 22, 1954, in Alliance, Nebraska. She was the third child of four to that union, brothers Lee, Rick, Roxie and sister Becky in order.

Roxie attended elementary school in Alliance and graduated from Deer Lodge, Mt. High School where she lived with her father after he and Betty divorced.

Roxie returned to Alliance, Nebraska, where she worked as a dental assistant when she met Robert Crabtree through a mutual friend in Guernsey, Wyoming, in the spring of 1975. Together they moved to Worland in August of that year, where Robert was employed as a Campaign worker for Holly Sugar. They were married the following spring on April 10, 1976 in the Baptist Church in Worland. The following six years of the marriage produced three children, Robert Jr. 1977, Katrina 1979 and Heather 1982 who collectively blessed Roxie with 9 grandchildren whom she adored and they her.

Roxie's professional career was in the Auto and RV service industry working at Big Horn Chevrolet, Western Motors, Gary Broderick Chevrolet, Manteca Trailer (California), Car Quest and Worland Ford. After a short semi-retirement she went to work for the Washakie County School District #1 assisting Ms. Godfrey in FFA and Mr. Sapp in Auto Shop. The last 5-plus years spent at the school were some of her most enjoyable and rewarding. She dearly loved the students and the people she worked with and was affectionately known as Miss Roxie to all. This job allowed Roxie to spend her summers camping on the Big Horns with husband and dogs, during the week and home to care for flowerbeds and house on the weekends.

Roxie was a simple person with simple needs and did not want a public fanfare or service. She wanted to be cremated and shared with the mountain flowers on the Big Horns.

Cremation has taken place and her wishes will be honored in the late spring when the lupine turn the mountain meadows blue.