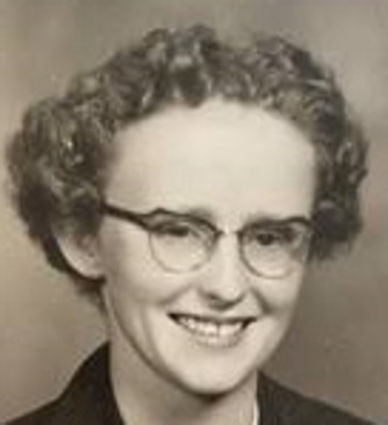 Wilma Jean (Paumer) Skeen passed away of natural causes at her home on December 30, 2020. Jean was born in Basin on March 18, 1934. Her parents were William and Nellie (Moon) Paumer. She grew up on the family cattle ranch in Hyattville and attended her elementary school years in Hyattville. Jean graduated from Basin High school in 1952 and attended Business College in Omaha, NE.

Jean married Jack Skeen in September 1953 at the Hyattville United Methodist church. They were married for 48 years before Jack passed away in 2001. Jean worked at Worland Livestock Auction and the Worland Bowling Alley lunch counters for many years. Jean volunteered at the Worland Memorial Hospital in the gift shop and as a greeter. Jean and Jack enjoyed camping at the Medicine Lodge and Leigh Creek camp grounds and playing cards. For many years Jean and Jack travelled to Canada to visit Jack's relatives. Jean was known for her quick wit and practical jokes. She was also known for her "fast" dinner roll passes at the holiday dinner table.

Jean was preceded in death by her parents William and Nellie (Moon) Paumer, husband Jack, brother-in- law's Roy Frisbee, Ed Puckett, Dick Skeen, sister-in-law Dorothy Skeen and nephew Randal Frisbee. Jean is survived by her sister's Helen (Robert) Stevenson, Virginia Frisbee, Gloria Puckett and cousins Richard Comes, Darlene Farrel and numerous nephews and nieces. Half brother-in-law's Dave (Lori) Greer and Bill Greer. The family would like to offer our sincere gratitude to the loyal and kind care Heather Dower provided for Jean so that she could stay in her home. Also, a special thank you to Leah for cleaning her home.

Cremation has taken place at the Antelope Butte Crematory. A graveside service will take place in the summer at the Hyattville Cemetery. Arrangements have been entrusted to Atwood Family Funeral Directors.