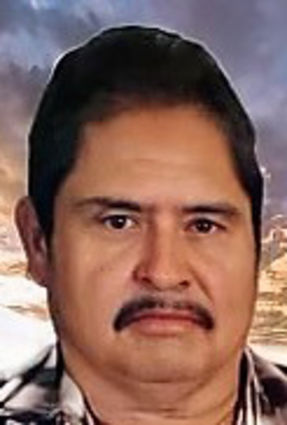 Luis Alberto Deniz Guitron passed away on January 5, 2021 with his wife by his side. He was 62 years old. He was born to Luis Deniz Ramirez and Eva Guitron Corona in El Llano Grande, Jalisco, Mexico on September 16, 1958.

In June of 1981, Luis moved to Worland, WY to work with his cousins and uncle to earn a living to help support his family in Mexico. He worked as a beet laborer, roofer, and a farm hand. He then worked for Sage Creek Land & Cattle for over 25 years, Wyoming Sugar for 15 and was working for Allied Seed at the time of his death.

On August 9, 1986 he married the love of his life, Maria Elma Martinez, at the Little Hailey House. Almost a year to the date, they gave birth to their first son, Luis. Over the next ten years they added three more children to their family; Elizabeth, Evangelina and Jimmy.

Luis was shy at times but once you got to know him, he was a sweet, nice and friendly man with a great sense of humor. He had a huge heart for his family and his faith in God. His family was everything to him and he loved his children so very much, he loved to call them by random nicknames that would make everyone laugh. He adored his grand babies, they gave him life. He enjoyed to garden and would spend hours at a time prepping his yard for his yearly garden, which he was always very proud of. He loved to be outside and to cook on his grill for everyone who would come, especially when all his children and grandchildren would come to spend time together. As stubborn as Luis was and disliked to show emotions, all who knew him knew that his most treasured place to be was by his beloved wife's side. Which is exactly where he was until the moment he took his last breath.

He was preceded in death by his father Luis Deniz Ramirez, sister Petra Deniz Guitron, and brother-in-law Salvador Robles.

Funeral Services have taken place. Memorial donations can be made to the Luis Deniz Memorial Fund at Security State Bank to assist the family with funeral expenses. Arrangements have been entrusted to Veile Mortuary.