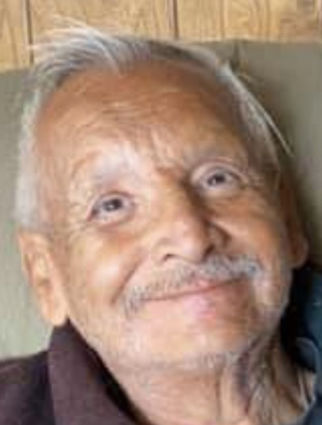 Richard L. Venzor Sr. passed away in the early morning hours on December 26, 2020.

He was born August 17, 1938 in Springer, New Mexico. His parents were Antonio & Roseanna Lopez – Vensor. He was the oldest of 5 children. In his elementary years, they moved to Rock Springs Wy, where he worked side by side with his Dad in the coal mines. Later they moved to Hudson, Wy and Richard attended and graduated high school in Lander, Wy. He met his wife, Kathryn (Hitch)Thompson, while in high school and they married shortly after she graduated. They were married October 9, 1958 in Lander and Lander remained their home throughout their 62 years of marriage. To this union, they were blessed with 5 children. Richard served in the Navy for 4 years after he graduated from Highschool and was stationed in Philadelphia and Norfolk, Virginia. When he was honorably discharged, he moved back to Lander, WY and worked at the US Steel Iron Ore Mine until the time of its closure in the 80's. He then went to work for Gambles for many years until he left Lander to work in the gold mines in Nevada. He spent many years traveling back and forth to their Lander home so he could spend time with his wife. After that job ended, he went to work for Ace Hardware and worked there until retirement. Retirement was not for him & Dad kept busy checking the NOLS building each night after hours and making sure things were locked up. Our NOLS neighbors were sure good to our parents through the years. Richard was very active in the Fraternal Order of Eagles Club 3036 in Riverton, Wyoming for many years. Through his work with the Eagles Club, he helped raised funds for various children's hospitals and networks. He and Hitch made lifelong friends when they became a part of the Eagles Club. He was known far and wide as "The Merry Mex". Dad had many hobbies and one of them was playing the drums and was a drummer for several different local bands in Wyoming. He was also an accomplished harmonica player. One of his longest tenures as a drummer was with The Invaders. He enjoyed traveling around the state playing with his friends, Art & Charlie. Dad also enjoyed riding his Honda Goldwing during the summertime and giving his children and grandchildren rides on it. He and his friend, Bert, spend many summers traveling around on their bikes and took many road trips to Sturgis. On a few occasions, he also took his grandson, Rodney, with them. Many memories were made on those road trips according to Dad. His bike is now in the hands of his grandson, Dakota. Dad was an avid long-distance runner and was often seen running to and from his job up at Atlantic City. He loved watching his son, Richard II, wrestle during his high school years. Through the years, Dad liked attending the Lander Tiger basketball games and cheering on the kids.

He was preceded in death by both of his parents, brother Tiof, sister Helen Chacon, his daughter Melanie Venzor, his infant grandson Tony Venzor, infant granddaughter Anna Del & his grandson, Rodney Michael Majdic, whom he loved dearly.

There will be no funeral services per Dad's wishes. Cremation has taken place. If you would like to make a donation in Richard's memory please send your checks to The Lander Senior Center 205 S 10th St. Lander, WY 82520 or the Ascension Catholic Church in Hudson, WY. 208 S. Ohio Hudson, WY 82515. Or if you would like to send a condolence card to our Mother, please send it to 1328 Beverly Dr, Worland, WY 82401.