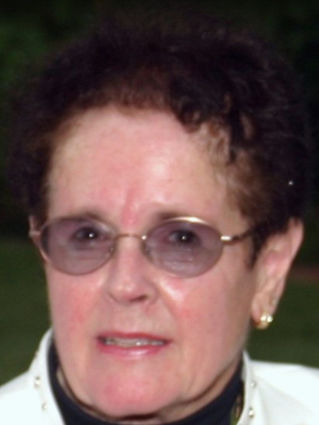 Katie was born in Van Tassell, Wyoming on October 19, 1925 in the O'Connor house. She was raised in the Lusk area with her parents, James and Leona Roberts (Calhoun), and 12 siblings. Katie's lineage traces back to 1190 A.D. as part of the Calhoun (Colquhoun) Clan and the Roberts families with some distinguished ancestors. Katie's family moved from Van Tassell to Lusk, Wyoming when she was in the 10th grade and 16 years in age. She was the Class Secretary and very popular in school! Katie met the love of her life, Raymond Bower, at a school dance during her senior year. That was November 1942, and she was engaged to Raymond the following March, graduated from Lusk High School in May and married on November 20, 1943. Katie and Raymond moved to Lingle and Torrington, Wyoming to start and raise a family that grew to 7 children. In 1965, the family relocated to Worland, Wyoming to farm the historic Worland Ranch. Katie loved the farm life, always had an abundance of animals, was an excellent cook, enjoyed country music, and cherished the Wyoming scenery. In 1981, Katie and Raymond moved into town and retired to spend time traveling, fishing, and hosting/attending family gatherings. They spent their winters in Florida and Mesquite, Nevada. They were married 59 years when Raymond died in September 2003, only two months short of their 60th anniversary.

Katie celebrated life and love for everyone, but especially for her family, which was the center of her life. She treasured attending sporting events and celebrating the accomplishments of her entire family. She was devoted in her faith and a member of Zion Lutheran Church in Worland. Katie always found the good in people and touched those she knew and loved in a very special, caring way. Katie spent the last three years of her life at the Canyon of the Eagles Resort in Texas. In October 2020, a very special celebration of Katie's 95th birthday was held with close family and friends in attendance. She could still recite poems and inspirational notes she memorized as a child or passed on to her loved ones. Katie loved her family and friends unconditionally and her hugs will be missed dearly by all.

Memorial services will be held in Worland, Wyoming and Canyon of the Eagles, Burnet, Texas in the early spring of 2021. Interment will take place at the Worland Cemetery. An advanced notice will be published prior to these two special events.